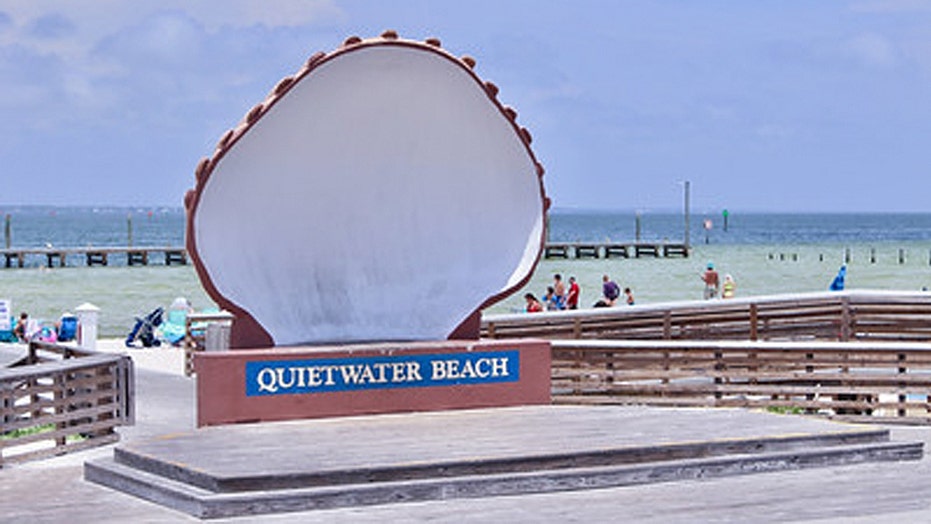 A Florida man who fractured his neck in a swimming accident over the weekend has his 9-year-old son to thank for saving his life.

The day at Quietwater Beach in Pensacola turned tragic for Josh Williams and his family when he dove into shallow water and struck his head on the bottom, according to a report.

He was saved by his son Asaih Williams who had dived into the water ahead of him, the Pensacola News Journal reports.

"All I remember was that he said he broke his neck and he said he was scared," Asaih told the paper. "I had a little time limit in my head. If I jump in and the person I'm jumping with in that certain amount of time (doesn't come up), I go after them."

Asaih turned his dad over to prevent him from drowning despite their 100-pound weight difference, according to the paper. The boy then slowly tugged him to shore where bystanders offered assistance.

The water was much more shallow than the family had expected, the paper reported. They recently moved to Pensacola from Georgia.

“Asaih saw that daddy wasn’t coming up as quickly as he should have and he knew something was wrong,” the boy’s mother, Audrey Williams, told the paper. “He flipped him over, because Josh was on his stomach. Asaih flipped him over because he couldn’t move.”

“He's working on trying to get his feeling back in his arms and legs,” Audrey Williams said. “His left side is worse than his right."

She told the paper her husband’s early prognosis was good.

"Doctors are saying he should have a full recovery,” she said. “He's progressing pretty fast. He lifted his head and sat up in a chair."