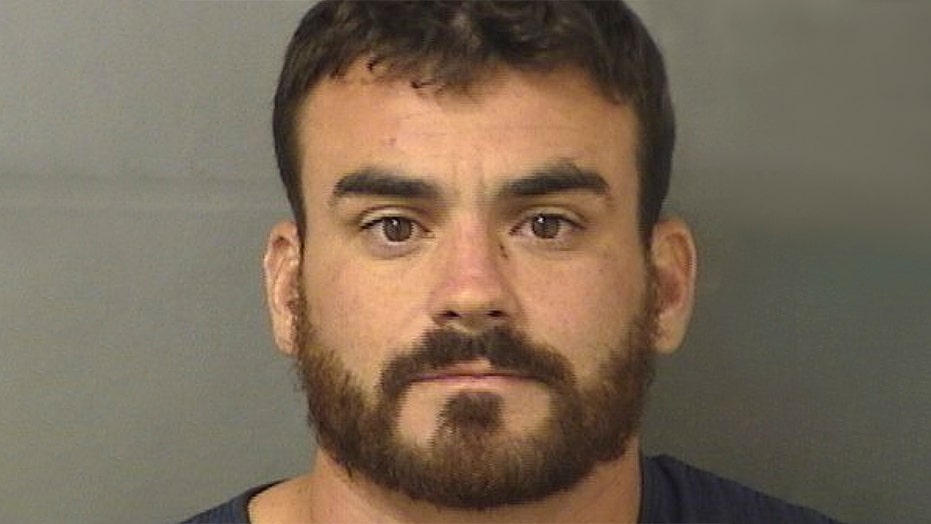 A scared 12-year-old boy was able to foil his own kidnapping Wednesday by jumping out of a moving vehicle, Florida police said.

The incident happened on a major thoroughfare in Boynton Beach after the boy got off a school bus and agreed to a ride from a man in a pickup, police said.

The boy suffered abrasions to his forehead, arms and hands, police said.

OHIO COP ATTEMPTED KIDNAPPING GIRL, 12, WAITING FOR BUS AND FILMED HIMSELF URINATING ON HER: POLICE

He was ordered held without bail Thursday after a man told the court that he knew Miller had just graduated from college and has a drug problem, the Palm Beach Post reported.

“On Facebook, it’s going, like, viral,” the man said, alluding to media reports of Miller’s arrest, the paper reported.

An arrest report said the boy told police he got into the pickup after Miller assured him “he won’t do anything weird.”

KENTUCKY BOY, 13, CHARGED WITH KIDNAPPING AFTER STEALING CAR WITH BABY INSIDE: POLICE

The boy said that, once he was in the pickup, Miller asked him for drugs, looked at him strangely and began driving erratically, the report said. He told investigators that Miller's behavior frightened him.

When the boy tried to get out, however, Miller told him he couldn’t leave and sped up, the report said.

According to the report, police were called by people who witnessed the boy jumping out of the vehicle. One of those witnesses followed Miller onto I-95 and detained him until police arrived

Miller told police he approached the boy to purchase drugs, the report said.