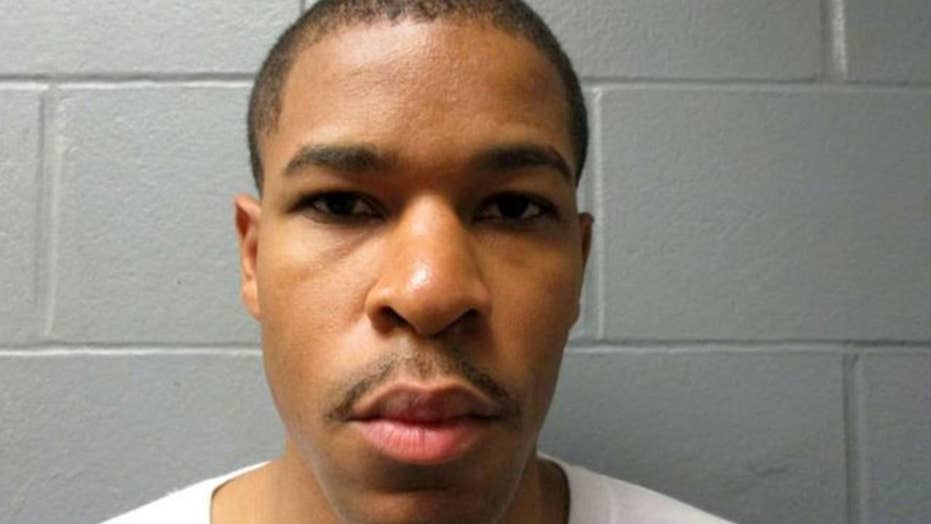 A grand jury has indicted 5-year vet (spell out veteran), Officer Soloman Nhiwatiwa. The charges against him stem from allegedly attempting to kidnap a 12-year-old girl on her way to school and urinating on her. He’s been relieved of duty and will be suspended without pay pending the outcome of the criminal case.

Prosecutors say it's their mission to make sure an Ohio cop "never wears the badge of a police officer again" after the 34-year-old was arrested Tuesday on accusations he tried to kidnap a 12-year-old girl at a school bus stop — and then filmed himself urinating on her.

Soloman Nhiwatiwa, a Cleveland officer, was taken into custody in the alleged Friday incident, according to a police department news release.

Nhiwatiwa allegedly drove up to the girl while in Euclid and asked her if she needed a ride to school, Cleveland.com reported. The girl said no, and refused to get in the vehicle, reportedly prompting Nhiwatiwa to drive away.

Soloman Nhiwatiwa, 34, was suspended without pay from Cleveland's Division of Police after he allegedly tried kidnapping a 12-year-old girl waiting for the school bus. (Euclid Police Department)

Roughly a minute later, however, prosecutors allege Nhiwatiwa came back -- this time exposing himself to the girl and then filming himself urinating on her before leaving the scene again.

The child's mother reported the incident to police, while a neighbor reported Nhiwatiwa to authorities after noticing a suspicious person looking into people's cars.

“He will be held accountable,” Cuyahoga County Prosecutor Michael O’Malley said of the incident, according to Cleveland.com. “It’s my office’s mission to ensure he never wears the badge of a police officer again.”

Nhiwatiwa, who joined the police department in 2014, was indicted by a grand jury Wednesday and faces charges of attempted kidnapping, assault, endangering children and child enticement, among other counts.

He was relieved of duty with the Cleveland police and will be suspended without pay pending the outcome of the criminal case.