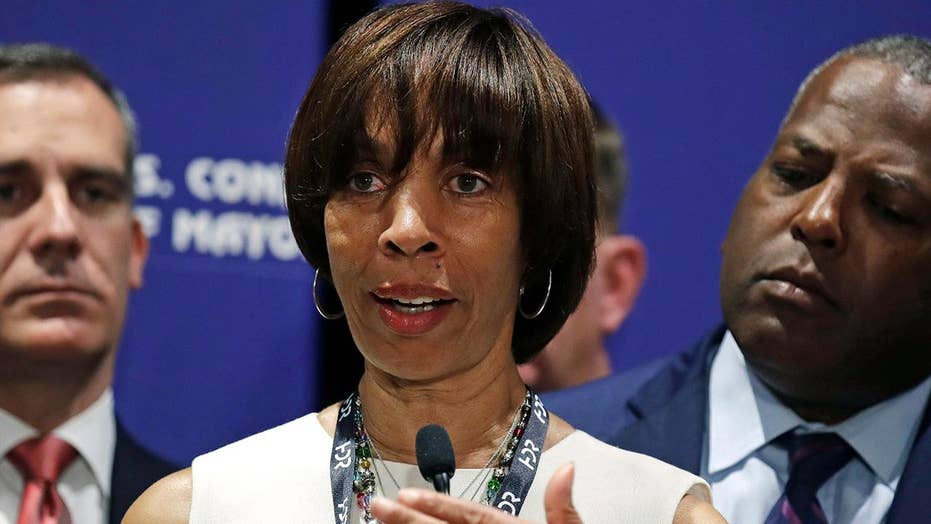 Two homes belonging to embattled Baltimore Mayor Catherine Pugh were searched Thursday by federal agents as part of a multi-site raid also encompassing City Hall and coming amid the ongoing investigation into Pugh's half a million dollar book sale windfall.

Additionally, FBI and IRS agents searched the Maryland Center for Adult Training, where Pugh once led a nonprofit job training program alongside three of her staffers; the office of Pugh's attorney, Steven Silverman; and the home of Pugh staffer Gary Brown Jr., the Baltimore Sun reported.

FBI spokesman Dave Fitz confirmed to reporters outside the agency’s Baltimore office that agents from the Washington Field Office “executed court-authorized search warrants” at “both residences and City Hall.” He said he couldn't reveal any more information because the search warrants were sealed.

Pugh, defense attorney, Steve Silverman, told Fox News in a statement that federal agents served his law firm a limited subpoena for original financial records belonging to the mayor. He said there was no "raid" of the firm and that the agents did not conduct a search of the firm.

"The agents also did not seek or obtain any attorney-client privileged communications with the Mayor, or any other information or documents from the firm or its clients. The agents were polite and courteous, and the process was conducted in an expeditious and professional manner," the statement said. "We will continue to vigorously defend the Mayor, who is entitled the presumption of innocence."

Her spokesman, James Bentley, told the Associated Press earlier Thursday that he hadn't spoken with her and doesn't know where she is. 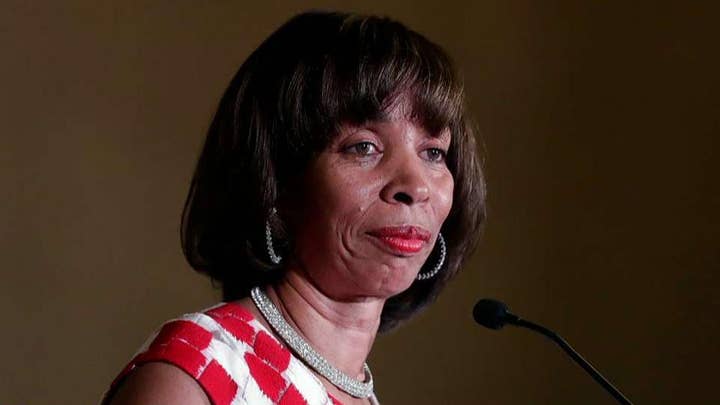 The Democratic mayor, who is currently on a leave of absence she's blamed on pneumonia, has faced mounting calls to resign after it was discovered she reportedly received $500,000 from the University of Maryland Medical System for her self-authored “Healthy Holly” children’s book series.

UMMS reportedly paid Pugh for 100,000 copies of her books between 2011 and 2018, while she was on its board, with the stated intention of distributing the books to schools and day care centers.

But some 50,000 copies remain unaccounted for and officials are probing if they were ever even printed. She also made $300,000 in bulk sales to health carriers that did business with the city, and to a Maryland financier.

Pugh took the indefinite leave of absence earlier this month on the same day Maryland Gov. Larry Hogan requested a criminal investigation into the lucrative, but controversial book deal. Five of Pugh's staffers have since gone on paid leave, too.

In the ensuing weeks, the entire lineup of the current City Council, every lawmaker in Maryland’s House of Delegates, the influential Greater Baltimore Committee business group and other prominent Maryland leaders have called on the first-term mayor to resign.

"Mayor Pugh has lost the public trust. She is clearly not fit to lead," Republican Gov. Larry Hogan declared in a statement Thursday. "For the good of the city, Mayor Pugh must resign."

Pugh’s communications staff has said she intends to return to City Hall when she is feeling better, but have declined to provide a timetable.

Only a conviction can trigger a Baltimore mayor's removal from office, according to City Solicitor Andre Davis, citing the state's constitution. Baltimore's mayor-friendly City Charter currently provides no options for ousting its executive.

"The charter is utterly silent on how long the leave can last, exactly what the reasons are for a leave," Davis told reporters.

Pugh came to office in late 2016 after edging out ex-Mayor Sheila Dixon, who spent much of her own tenure fighting corruption charges before being forced to depart office in 2010 as part of a plea deal connected to the misappropriation of about $500 in gift cards meant for needy families.

Before she slipped out of sight more than three weeks ago, Pugh held a hastily organized press conference where she called her book deals a "regrettable mistake."

While the accusations have certainly cast a pall over Pugh, she has not been indicted for a crime, and it is unclear how long the current criminal investigation will take. Earlier this month, Silverman said the mayor looks forward to cooperating with the state prosecutor's probe and will provide "as much information as possible to put this matter to rest."

If she returned and sought reelection, it's almost certain Pugh would face a bruising 2020 Democratic primary. Many political observers who've called for her to step down, believe Pugh will never again be able to wield power effectively due to the scandal.