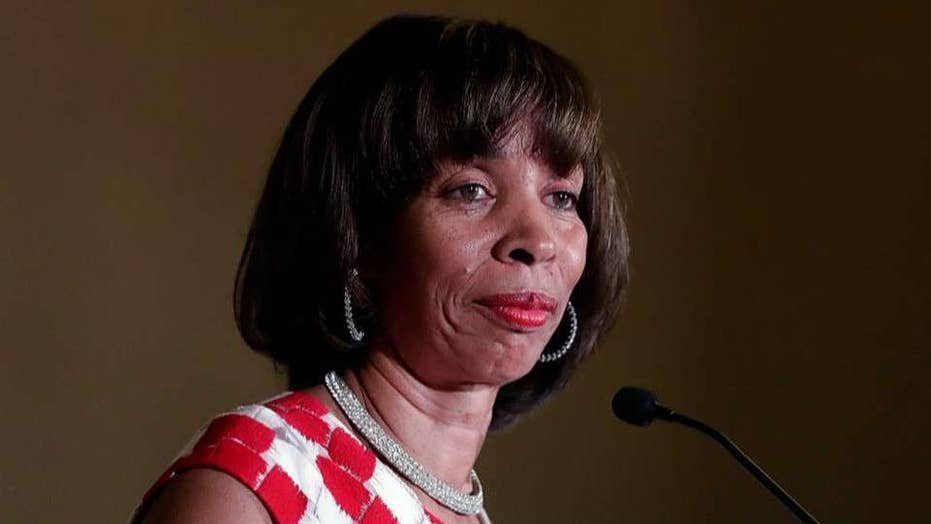 Baltimore Mayor Catherine Pugh announced on Monday that she's taking an indefinite leave of absence from office after it was revealed she received $500,000 from the University of Maryland Medical System critics have called a "self-dealing" book sale.

Pugh's office in a statement said the mayor, a Democrat, has been "advised by her physicians that she needs to take time to recover and focus on her health," and said she felt as though she was unable to fulfill her obligations as mayor due to deteriorating health brought on by a recent case of pneumonia.

City Council President Jack Young will take over Pugh's day-to-day responsibilities, according to the statement.

In a letter released earlier Monday, Maryland Gov. Larry Hogan, a Republican, called on the state prosecutor to investigate allegations of self-dealing by Pugh. State Comptroller Peter Franchot, a Democrat, urged the mayor to step down immediately.

Hogan and Franchot's calls came hours after health care firm Kaiser Permanente disclosed to The Baltimore Sun that between 2015 and 2018, it paid $114,000 for roughly 20,000 copies of Pugh's self-published "Healthy Holly" children's book series.

Since 2011, Pugh has received $500,000 for selling the books to the University of Maryland Medical System (UMMS), The Associated Press reported. The $4 billion hospital network, one of the largest private employers in the state, reportedly paid Pugh for 100,000 copies of her books between 2011 and 2018.

Pugh, who sat on the system's board since 2001, became Baltimore's mayor in 2016. The next year, Baltimore's spending board, which is controlled by the mayor, awarded a $48 million contract to the Kaiser Foundation Health Plan of the Mid-Atlantic States Inc. Kaiser previously held that contract.

Kaiser Permanente spokesman Scott Lusk told the AP his company "purchased the books from Healthy Holly, LLC" — Pugh's firm, which she has said was meant to encourage healthy lifestyles for youngsters and their families.

Additionally, The Sun reported that CareFirst BlueCross BlueShield, another city health provider, effectively bought Pugh's roughly 20-page illustrated books for $14,500 in 2011 and 2014. In an email, CareFirst said it made contributions to Associated Black Charities, a nonprofit that manages the city's Children and Youth Fund, to fund its purchase and distribution of books.

The firm Pugh identified as her books' printer said it produced only 60,000 copies and did not have any more orders from Pugh. She had acknowledged sales of her book to UMMS and said they were meant to be distributed to city schools and daycares.