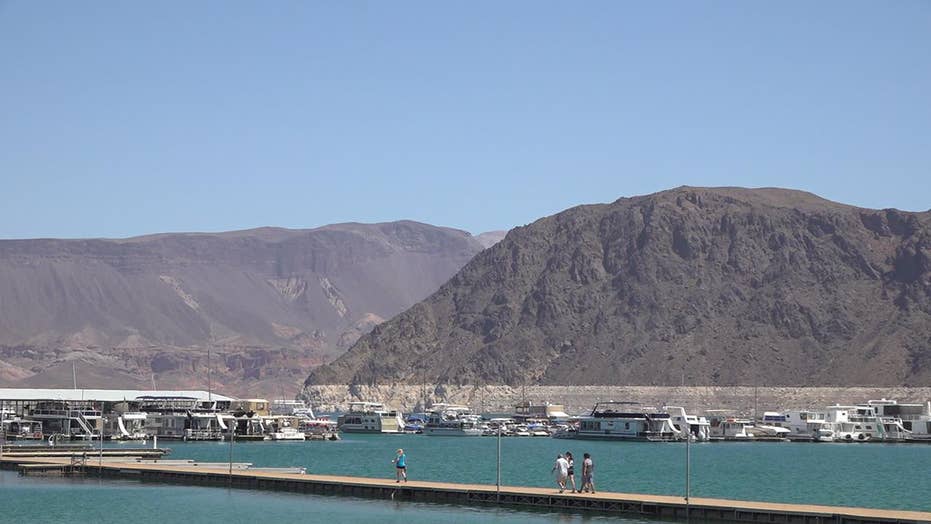 Farmers are concerned for the future as the Colorado River, which supplies water to 40 million people and about 5 million acres of land across seven western states, has dropped below levels triggering mandatory water cuts for Nevada and Arizona.

Two western states are imposing mandatory water cuts because the Colorado River, which supplies water to 40 million people and about 5 million acres of land across seven states, has dropped to alarmingly low levels.

Nevada and Arizona, concerned that a 20-year drought has dried up much of the river, are trying to rein in water use in an effort to save the disappearing river.

The river's water levels next year are projected to be just below the threshold of 1,090 feet laid out in the Drought Contingency Plan (DCP) that was signed earlier this year by Arizona, California, Colorado, Nevada, New Mexico, Utah, Wyoming and the U.S. government.

“It's very significant in terms of looking at the Basin and internationally both the U.S. and Mexico,” said Greg Walch, general counsel for the Southern Nevada Water Authority. “The DCP cuts that you're talking about collectively reduce the risk of Lake Mead falling to critically low elevations by more than two thirds locally.”

While officials from both Arizona and Nevada told Fox News they were anticipating the cutbacks and have planned accordingly, farmers say limiting water use could have a striking impact on their future.

“Starting in 2021 or maybe 2022 we could get big cutbacks and then 2023, and after we could have huge cutbacks where we lose all of our surface water," said Dan Thelander, Tempe Farming Company partner. "So, it's very concerning.”

Thelander, who has been farming in Pinal County, Ariz., since 1995, is keeping a watchful eye on the water levels over the next few years, hoping for a series of strong winters that will keep further restrictions from being implemented.

Under drought guidelines from the Central Arizona Project, farmers will see a 60 percent reduction, from 275,000 acre-feet to 105,000 acre-feet per year for the first three years, followed by a complete cutoff from the Colorado River, relying entirely on groundwater, according to the Arizona Republic.

“We're already using a lot of groundwater but we won't have enough water to irrigate all of our land,” Thelander told Fox News. “So there is going to be 30, 40, 50 percent of our land will not be planted due to not having enough water.”

The river is below the threshold level, but a strong winter could help elevate the water in Lake Mead. That could help the river recover from a decades-long drought.

The river was helped slightly by a snowy winter last year, but that wasn't enough.

“We had a really great snowpack this past winter that's helped the lake elevate as well as all the conservation measures," Christi Vanover, public affairs officer for Lake Mead National Recreation Area, told Fox News. "So right now everyone's kind of taking a sigh of relief as the water levels come up but we're still concerned it's going to take many good wet snow years before we fully recover from the 20-year drought.”

Vanover added that next year’s elevation level is “projected to be 20 feet higher than it was just three years ago when we were at our lowest elevation.”

Climate change has accounted for about half of the river’s lower runoff between 200-2014 in the Upper Basin, according to The Arizona Republic. The river’s flow has decreased by about 17 percent from 2000-2019 from the 20th-century average, the paper said.

“Water use in Arizona today is about what it was in the '50s even though our population has probably tripled since then,” said Chuck Cullom, Colorado River programs manager for the Central Arizona Project. “What we've been able to do is to increase water efficiency both outdoor water use and indoor water use and irrigated agriculture. We're recycling more of our water, we're conserving more so we're getting more benefit from the same drop of water than we did 50 years ago.”

Like Arizona, officials in Nevada have implemented seasonal water restrictions, employed water enforcers to find where water is being misused and conducted a “smart landscaping program where we have purchased enough grass from our community to roll an 18-inch-wide roll of sod almost all the way around the earth,” Walch said.

“That kind of effort over the past 20 years has yielded unbelievable results. Our population has grown by more than 46 percent, more than 800,000 people and our overall water consumption is down more than 25 percent,” he added.

Still, officials recognize more still needs to be done to ensure the world’s most precious resource won’t dry up.

“Twenty years ago it was essentially full. Now it's about 40 percent full. We're grateful that we've had a big snowpack here in the system and the Colorado River is more than 50 percent of capacity, but we all recognize that that's a temporary positive outcome as we look into the future and see looming impacts of climate change,” Cullum said.

As for Thelander, because Lake Mead is overallocated by about 1.5 million acre-feet in the Lower Basin and agriculture is a low priority, he said the only thing he can do is drill more wells.

“If we lose that much water -- when that does happen -- there will be some farms that go out of business and other larger farmers will get the remaining land of the small farmer that couldn't make it,” Thelander said. “It's going to be a tug-of-war to see who can stay and who gets pushed out,” adding that as water becomes scarcer farmers will need to think of innovative ways to grow crops.