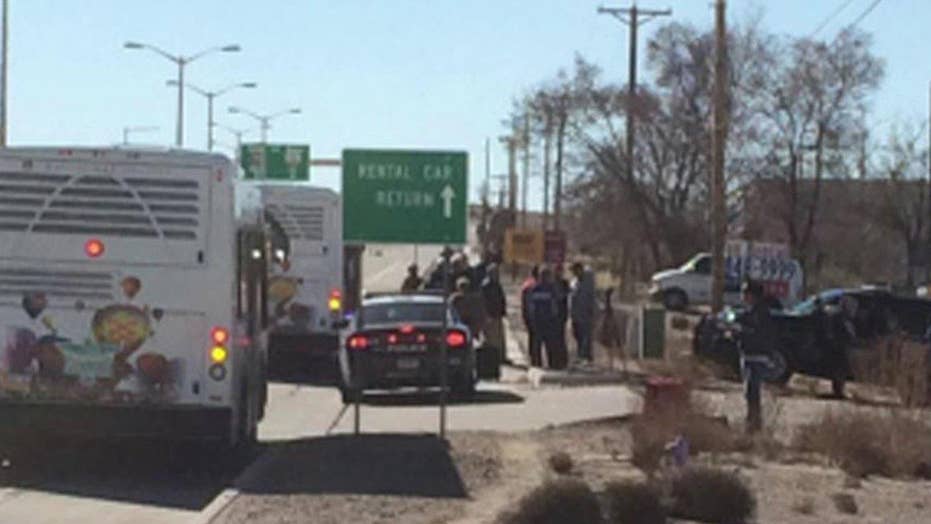 Authorities gave the all-clear Sunday after an "explosive device" was found attached to a rental car at Albuquerque International Sunport.

The Albuquerque Police Department said a “credible explosive device” was found under a car while being checked after it was returned, KRQE-TV reported.

The Albuquerque Journal reported that police were called to the scene at around 8:30 a.m. local time by a mechanic who had been working on the car.

A bomb unit was called in to dispose of the device, which prompted the evacuation of the Avis Budget Rental hub next to the airport. The Journal reported that people attempting to rent or return cars were directed to a nearby parking lot. Soon, a long line of people formed along the sidewalk, with many checking their cell phones in an effort to find out what had happened.

The device was eventually rendered safe. Police spokesman Simon Drobik told the Associated Press that the local bomb unit initially inspected the device, but they later handed it over to the Bureau of Alcohol, Tobacco, Firearms and Explosives.

Despite the hub's proximity to the airport, no flights were affected as a result of the incident. Some nearby roads were closed, but later reopened Sunday afternoon.

Agents from ATF and the FBI will conduct a separate investigation, looking into the location from where the vehicle was rented and who was the last to occupy it, Drobik said.