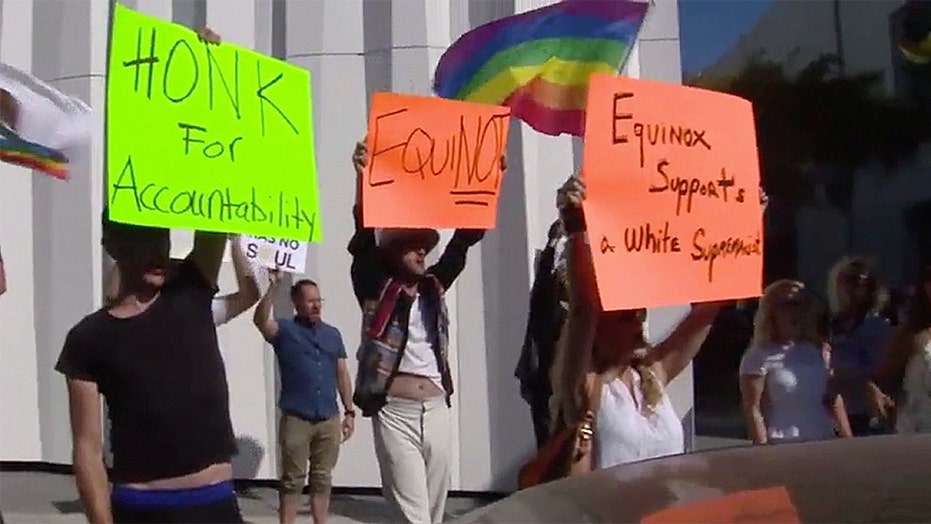 A Trump fundraiser in New York's summer playground for the rich prompted a protest across the country at a West Hollywood Equinox.

The protest Friday evening came after Equinox owner Stephen Ross -- also the owner of the Miami Dolphins -- hosted a fundraiser for the president at his Hamptons estate.

Dozens of people gathered outside the gym Friday evening to urge a boycott of the gym and Ross’ other fitness brand, SoulCycle, Fox 11 Los Angeles reported Saturday.

FILE - In this Dec. 11, 2017, file photo, Miami Dolphins owner Stephen M. Ross watches his team before an NFL football game against the New England Patriots in Miami Gardens, Fla. Ross is defending his support of longtime friend Donald Trump after being criticized about it by one of his players. (AP Photo/Wilfredo Lee, File)

“I was a member of this gym, I’m tired of them taking my money and turning around and supporting a candidate who doesn’t [support] me and my community,” a protester said, according to the station.

There were protests at other Equinox gyms across the country Friday, the station reported.

The West Hollywood protest included John Wooden who told The Los Angeles Times that he canceled his membership, saying, “This is not Republican or Democrat. Trump is a problem for the country, for the world, for humanity, for children.”

At the fundraiser Trump said he joked with Ross about the controversy, pointing out how divided the nation is, the New York Post reported.

“Steve Ross got into a little bit of trouble this week, I said, ‘Steve welcome to the world of politics!’” the paper quoted Trump as saying.

Ross regularly donates to Republicans — as well as a few Democrats — though he does not appear to have given to Trump in the past, according to FEC records.

In a statement released Wednesday Ross defended his decision to hold the fundraiser, noting that he has known Trump for 40 years.

“I always have been an active participant in the democratic process,” Ross said. “While some prefer to sit outside of the process and criticize, I prefer to engage directly and support the things I deeply care about.”