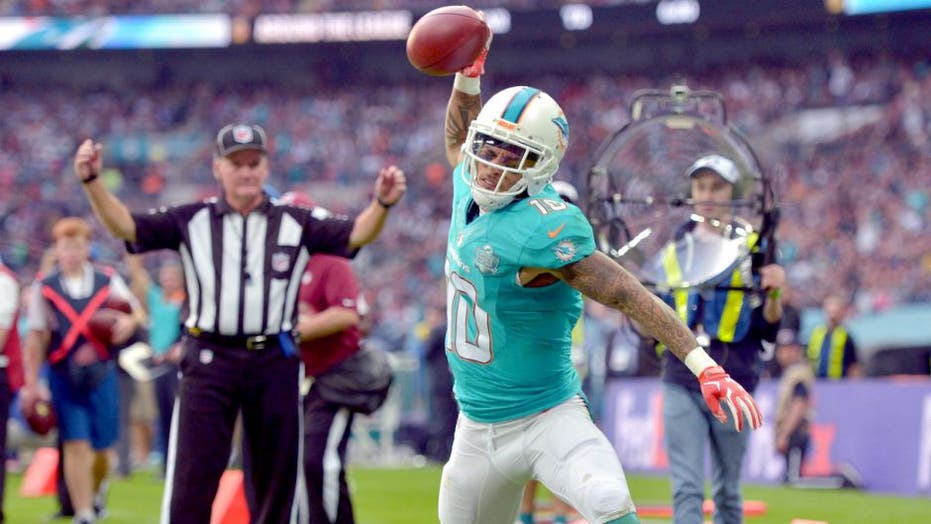 Miami Dolphins wide receiver Kenny Stills took a shot at team owner Stephen Ross over his plans to host a fundraiser for President Trump in New York later this week.

Stills, who has been one of several NFL players to kneel during the national anthem -- a bid to call attention to perceived racial injustices across the U.S. -- criticized Ross’ nonprofit organization’s mission statement.

“You can’t have a non profit with this mission statement then open your doors to Trump,” he tweeted.

Trump is expected to attend a luncheon in Southampton, New York, at Ross’ home, according to The Washington Post. Tickets for the photo-op and lunch reportedly cost $100,000 and the ability to be a part of a roundtable discussion with the president costs $250,000.

Ross has been a Trump supporter and supports the president’s effort to get re-elected. A source told the Sun-Sentinel, however, that Ross doesn’t support the president when it comes to his views on race relations.

“They agree on some things and disagree on others, specifically on the rhetoric around race,” the source told the newspaper. “With regards to race, Stephen’s record on fighting racism speaks for itself. It is possible to support someone on the basis of some things, and not agree with everything about them.”

Stills is entering his sixth season with the Dolphins. He caught 37 passes for 553 yards and six touchdowns in 15 games.