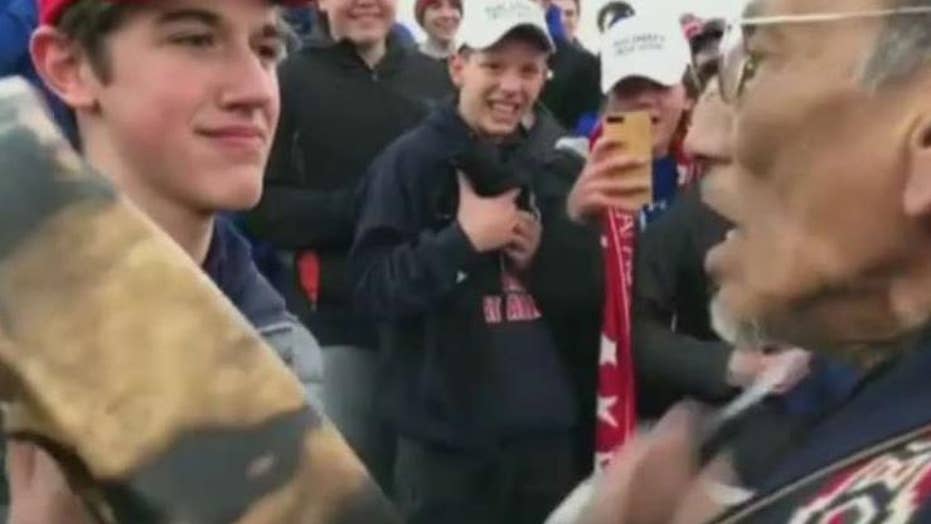 As Covington families look into legal action, one lawyer is offering his services for free

Attorney Robert Barnes tells 'Fox &amp; Friends' that any 'false statements' made about the students needs to be retracted and corrected within 48 hours or he may sue.

Eight Covington Catholic High School students claim they were defamed during a field trip to Washington in January in a lawsuit filed in Kentucky.

Just days ago, a lawsuit Sandmann and his family brought against The Washington Post over its coverage was dismissed by a Kentucky federal judge.

“Several of our Senators, most-famous celebrities, and widely read journalists, collectively used their large social media platforms, perceived higher credibility and public followings to lie and libel minors they never met, based on an event they never witnessed,” the lawsuit said, according to Law & Crime.

“These defendants called for the kids to be named and shamed, doxxed and expelled, and invited public retaliation against these minors from a small town in Kentucky,” the lawsuit said.

A New York Times representative told Law & Crime that “Ms. Haberman has not yet been served with this complaint. The lawsuit is entirely without merit and we will vigorously defend it if necessary."

Rewire and Edelen told Law & Crime they had no comment. The website said it was in the process of reaching out to all the defendants.

The eight Covington students are listed in the lawsuit as John Doe plaintiffs.

Their lawyer is Robert Barnes, who is representing conspiracy theorist Alex Jones in the Sandy Hook case