Speaking on the Senate floor, Mitch McConnell vows not to be intimidated by liars and bullies.

A federal judge in frank terms Tuesday dismissed a lawsuit by the Democratic National Committee (DNC) against key members of the Trump campaign and WikiLeaks over hacked DNC documents, saying they "did not participate in any wrongdoing in obtaining the materials in the first place" and therefore bore no legal liability for disseminating the information.

The ruling came as Democrats increasingly have sought to tie the Trump team to illegal activity in Russia, in spite of former Special Counsel Robert Mueller's findings that the campaign in fact refused multiple offers by Russians to involve them in hacking and disinformation efforts.

President Trump, in a tweet late Tuesday, noted that the judge in the case, John Koeltl, was appointed by Bill Clinton. The president called Koeltl's decision "really big 'stuff'" and "yet another total & complete vindication and exoneration."

The DNC had asserted in court filings that the Trump team's meetings "with persons connected to the Russian government during the time that the Russian GRU agents were stealing the DNC's information" were "circumstantial evidence" that they were conspiring with the Russians to "steal and disseminate the DNC's materials."

The suit did not allege that the stolen materials were false or defamatory but rather sought to hold the Trump team and other defendants liable for the theft of the DNC's information under various Virginia and federal statutes, including the Computer Fraud and Abuse Act, Racketeer Influenced and Corrupt Organizations (RICO) Act, Wiretap Act, Stored Communications Act, Digital Millenium Copyright Act, and laws protecting trade secrets. 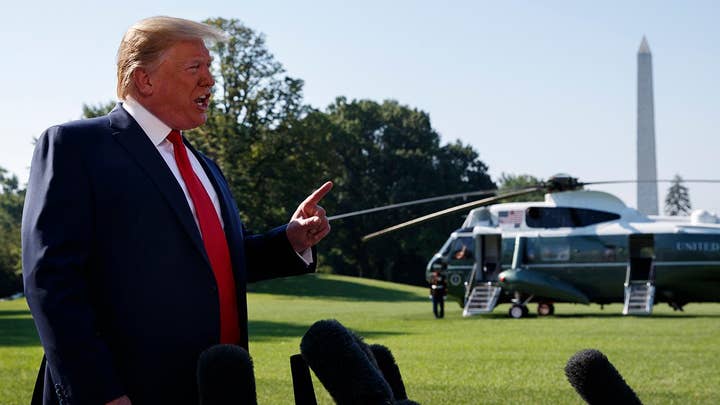 However, Judge Koeltl, sitting in the Southern District of New York, wrote in his 81-page opinion Tuesday that the DNC's argument was "entirely divorced" from the factual record in the case.

The DNC first filed its suit in April 2018, and the defendants responded that the First Amendment legally protected the dissemination of stolen materials.

"Nor does the DNC allege that the defendants ever agreed to help the Russian Federation steal the DNC's documents," he added.

The DNC claimed the defendants illegally compromised their trade secrets contained in some of the stolen documents -- including donor lists and strategies. But, the judge said, any such claim to trade secrecy was lost when the documents became public in the first place, and in any event, the newsworthiness of the matter trumped the trade secrecy issue.

"If Wikileaks could be held liable for publishing documents concerning the DNC's political financial and voter-engagement strategies simply because the DNC labels them 'secret' and trade secrets, then so could any newspaper or other media outlet," the judge wrote. That, he said, would elevate a privacy interest impermissibly over the First Amendment rights of people and media outlets to disseminate matters of "the highest public concern."

Koeltl went on to describe multiple hacking efforts directed by Russians at the DNC, in which Russians "hacked into the DNC's computers, penetrated its phone systems, and stole tens of thousands of documents."

Author of 'The Russia Hoax' Gregg Jarrett says the president's lawyers flagged Mueller's lack of understanding of the Russia report months ago.

But, even if the Russians had provided the hacked documents to the Trump team directly, the judge wrote, it would not be criminal for the campaign to then publish those documents, as long as they did not contribute to the hacking itself. Similarly, the judge said, it is not criminal to merely solicit or "welcome" stolen documents.

Koeltl cited the infamous Pentagon Papers case in which the Supreme Court held that The New York Times and The Washington Post were protected by the First Amendment when they published articles concerning the government's public justification for the Vietnam War.

"At first glance, this opinion raises serious concerns about our protections from foreign election interference and the theft of private property to advance the interests of our enemies," DNC spokesperson Adrienne Watson said.

Koeltl denied the Trump team's motion for sanctions but dismissed the suit with prejudice -- meaning it had a substantive legal defect and could not be refiled. An appeal remained possible.

The DNC in its complaint mentioned, among other contacts, Papadopoulos' meeting with Mifsud in Italy in March 2016, as well as the claim Mifsud told Papadopoulos on April 26, 2016, that the Russians had "dirt" on Hillary Clinton in the form of thousands of emails.

Mifsud had ties to both western and Russian intelligence, and Papadopoulos relayed to his superiors on the Trump campaign that there were "interesting messages coming in from Moscow." There has been no evidence Papadopoulos told the Trump team specifically about the stolen emails.

The DNC also focused on statements from Stone that may have suggested he had advance warning of pending email hacks or dissemination, as well as Trump Jr.'s statement that he would "love" to receive potentially damaging information on Clinton. Several other communications from Trump officials to Russians or people tied to Russia were mentioned throughout the DNC's complaint. 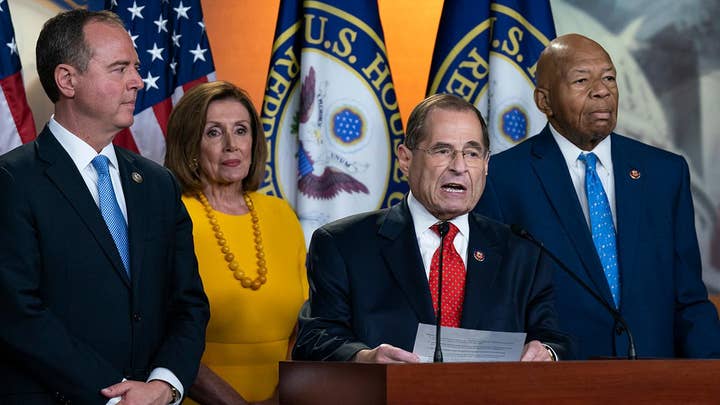 None of these alleged episodes, the judge ruled, established a criminal conspiracy.

Republicans, meanwhile, have focused increasingly on the DNC's own apparent role in the origins of the FBI's probe into the Trump campaign, which began in the summer of 2016 -- after Papadopoulos' chat with Mifsud, and after British ex-spy Christopher Steele, a longtime FBI informant funded by the DNC and Hillary Clinton campaign, began work on his now-discredited dossier.

The dossier was used in secret surveillance warrants to monitor members of the Trump team, and later fueled media reports that kept the investigation going, despite many apparent problems with its reliability. For example, the dossier claimed that Trump lawyer Michael Cohen went to Prague to discuss Russian interference efforts, which Mueller found no evidence to support.

The dossier also claimed the Russians had a compromising, lurid tape of Trump, and were running an interference operation out of a nonexistent Russian consulate in Miami, complete with Trump-affiliated U.S.-based hackers. Additionally, Mueller was unable to substantiate the dossier's claims that former Trump aide Carter Page had received a large payment relating to the sale of a share of Rosneft, a Russian oil giant.

Multiple DOJ reviews into the FBI's use of the dossier to prop up its investigation in the media and obtain warrants in secret courts, and related matters, were ongoing.

The chances of the FBI securing a secret 2016 surveillance warrant for a Trump campaign aide were “50/50” without the anti-Trump dossier, according to testimony in recently confirmed congressional transcripts from senior FBI lawyer Sally Moyer to House investigators.

And, Papadopoulos on Sunday told Fox News he was heading back to Greece to retrieve $10,000 that he suspected was dropped in his lap during the campaign as part of an entrapment scheme by the CIA or FBI. Federal investigators want to see the marked bills, which he said were stored in a safe.

Papadopoulos said on "Sunday Morning Futures" he was "very happy" to see House Intelligence Committee Ranking Member Devin Nunes, R-Calif., grill Mueller about the summer 2017 payment during last week's hearings -- even though Mueller maintained, without explanation, that the matter was outside the scope of his investigation.

"I was very happy to see that Devin Nunes brought that up," Papadopoulos said. "A man named Charles Tawil gave me this money [in Israel] under very suspicious circumstances. A simple Google search about this individual will reveal he was a CIA or State Department asset in South Africa during the '90s and 2000s. I think around the time when Bob Mueller was the director of the FBI."