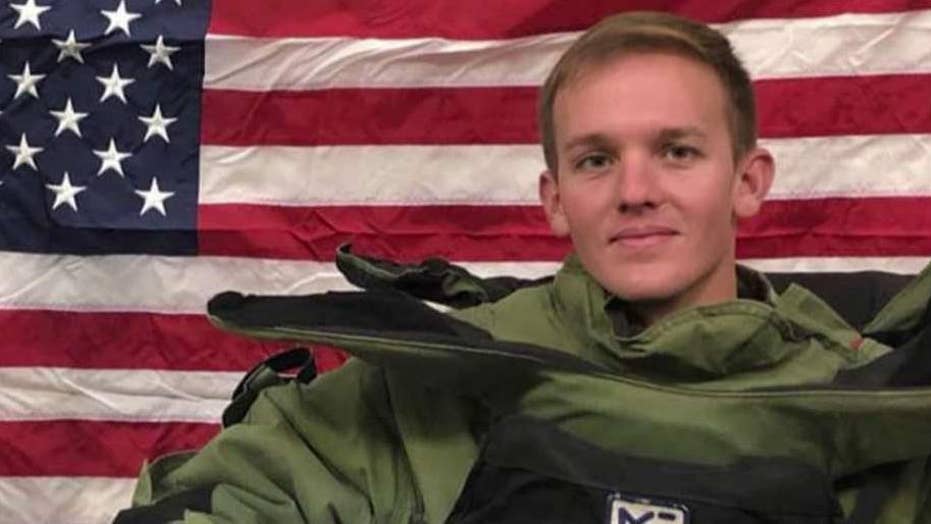 When slain Army Specialist Joseph Collette is remembered at a procession in Ohio, he'll be honored with the streets of his hometown lined with brand new American flags thanks to generous donors.

Collette, 29, of Lancaster, Ohio, was assigned to the 242nd Ordnance Battalion, 71st Explosive Ordnance Disposal Group, before he was killed in an attack in Afghanistan last Friday, according to the Pentagon.

Officials in his hometown were planning for a procession to honor the fallen soldier when some local residents raised concerns over tattered American flags.

Vicki Vaughn, a veteran from Lancaster, emailed WSYX/WTTE concerned with the condition of the flags, saying they were "a disgrace to the fallen soldier."

The mayor of Lancaster, David Scheffler, took to Facebook saying the city maintains 3 sets of flag poles, plus various other ones on its buildings around the downtown area.

"The flags are replaced every six months, right before Memorial Day (May) and right before Veterans Day (November)," he wrote. "Some seasons, dependent upon the frequency of high winds and other weather events, the flags can get rather worn as their retirement approaches."

He acknowledged to WSYX/WTTE that the flags were in rough shape after a very stormy March.

"We've had two periods just recently of very heavy winds, up to 50 mph," he told the television station.

The mayor added that the city's budget is tight and that officials are facing a deficit with reduced fire and police personnel. So he took to Facebook, calling for anyone who could offer up to $1,200 for a new set of flags.

"It didn't take long for the downtown rotary club, the Sherman Rotary Club, to step up and offer $1,200," he told the televisions station.

The mayor is now looking to use the money for the flag fund to refresh the American symbol quarterly instead of twice a year. He added that while he can't pay attention to every social media controversy because he could "soon have an ulcer," the campaign for new flags on his post proved to be a success.

“Facebook is a good way to get someone’s attention and it got our attention," he said.