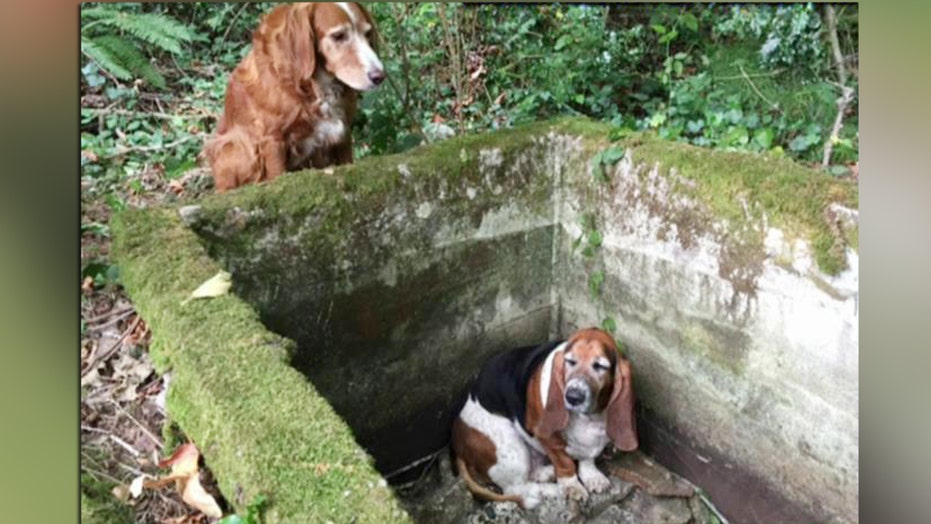 VASHON ISLAND, Wash. – A Washington state animal shelter says a dog dutifully stood guard for a nearly a week on Vashon Island to protect another dog that had fallen in a cistern.

Tillie, a setter mix, only left Phoebe's side to try to alert people of her trapped friend.

Carey says the Pet Protectors followed the tip and found Tillie lying beside an old cistern. Inside rescuers found Phoebe, a basset hound, on a pile of stones above the water.

The dogs were cold and hungry but otherwise unharmed.

"It's really quite remarkable," Carey said.