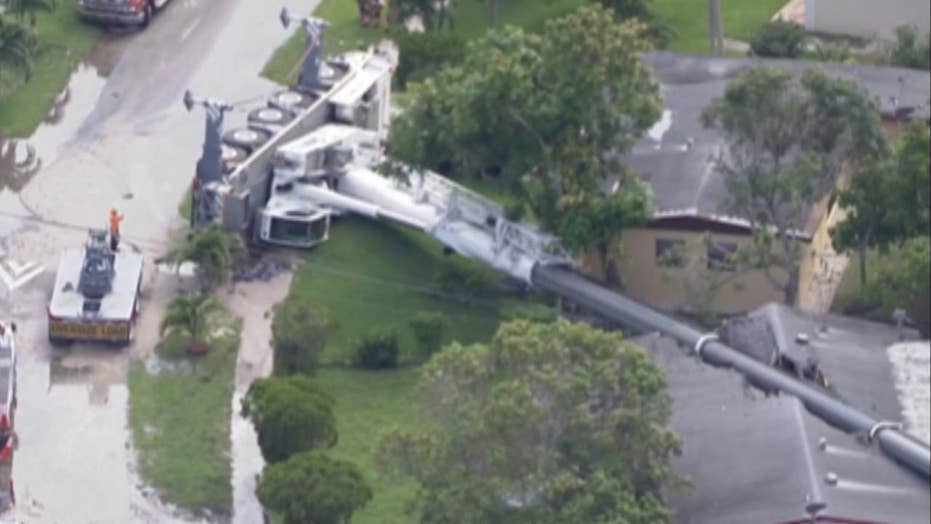 Authorities say the crane was being used for a power pole installation in Lauderhill, Fla.

Several homes have been damaged and two people were injured after a crane collapsed in Lauderhill, Florida.

Lauderhill Fire Rescue crews responded to the scene near Northwest 11th Street and 44th Terrace, just before 4 p.m., Wednesday. It appears that three homes have been hit by the crane.

Officials said one of the homes damaged is now uninhabitable.

According to fire rescuers, the crane operator and an occupant of one of the homes suffered minor injuries.

Natalie Smith’s home was damaged, and she told 7News her mother was inside at the time of the collapse.

“You hear your mother is OK, but my mother is an elderly woman, and you don’t know how they take these things,” Smith said. “Unfortunately, at the time, she was home alone. I had to rush here and see what was going on.”

Neighbors said no one else lives inside the homes hit, but fire rescue said they will go door to door to check and see if anyone was injured inside any home.