The parents of a Cornell University student who was mysteriously found dead after a fraternity party are offering a $10,000 reward to anyone who can provide information about their son's final hours.

After having dinner with his mother on Oct. 24, he went to a fraternity party at the Phi Kappa Psi house. The next morning, his body was found at the bottom of a gorge near campus.

In a November 8 statement, University President Martha E. Pollack said it was "widely known" that "an unregistered fraternity-sponsored event took place on October 24, that alcohol was served, and that first-year students, including Mr. Tsialas, were in attendance. These events, still under investigation, regrettably follow a pattern of misconduct in the Greek-letter system..."

“The circumstances of Tsialas’s death are still under investigation, but no foul play is suspected,” Cornell University police said.

However, outside of Antonio's appearance at the party, Flavia told Doocy: "We have no information about what happened to him that night." 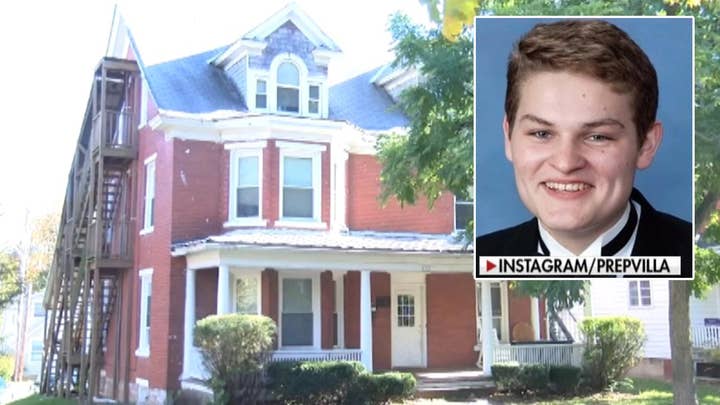 "Who was he with and also how did he get to where they found him?" she asked.

Antonio's father said that they are frustrated by the lack of information surrounding their son's death.

"It's just the idea that no one has seen him from the time of the party to the time that they discovered his body," John added. "It's amazing that nothing has come out saying that they saw him at any point during the night."

"It's baffling to us that, with so many kids around, that no one saw him during that whole time period," he said.

The family's attorney, David Bianchi, says they have their own investigation underway to supplement what the Cornell Police Department is doing.

"Just since the year 2000, 55 college students have died in fraternity hazing incidents around the United States," he said.

In the fall semester of this year alone, there have already been five fraternity-related deaths across the country.

"This particular party was unauthorized, illegal, it was a dirty rush -- which these guys knew they were not supposed to do it...but they didn't care," said Bianchi. "And, as a result of them thumbing their nose at all of the rules at Cornell, Antonio's dead."