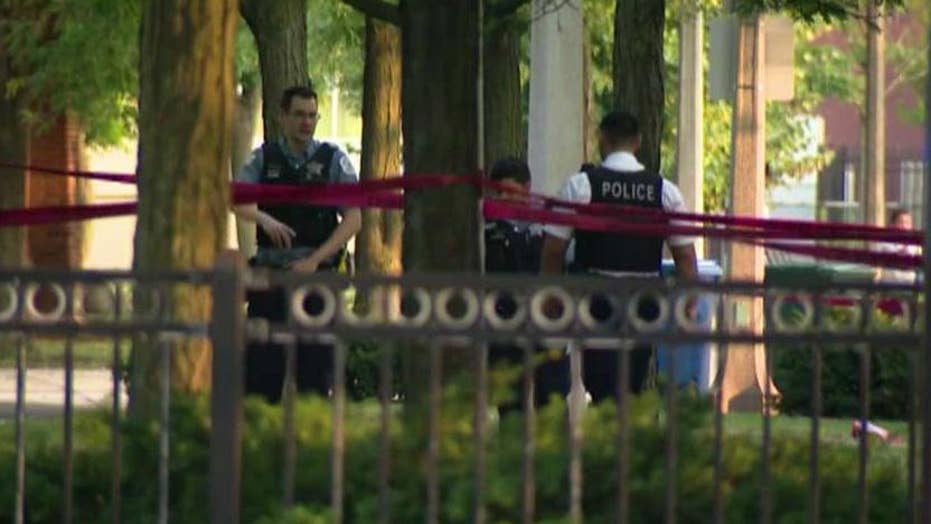 Former superintendent of police and mayoral candidate Garry McCarthy reacts to police saying there is 'only so much we can do' to address the growing violence.

Violence erupted over the Labor Day weekend in Chicago with shootings killing at least six people and wounding 23 others.

In all, more than 1,000 people have been shot since Memorial Day, the Chicago Tribune reported, and while total shootings are down slightly from the same period in 2017, many Chicagoans have said the deadly gun violence remains a major problem that the city desperately needs to fix.

Among the latest victims: a 25-year-old doctoral student at Northwestern University. Shane Colombo of Sun City, California, was shot and killed Sunday night while waiting at a bus stop after he was caught in the crossfire of two other people, the Chicago Sun-Times reported.

The Chicago Police Department deploys an extra 1,400 police officers this Labor Day weekend in an effort to try and reduce the number of shootings.

Police responded to anther shooting early Sunday on the city's Far South Side where an unidentified male died from an apparent gunshot wound to the chest, WLS reported. The suspect was spotted leaving the scene in a vehicle but police eventually lost sight of him.

CHICAGO’S CHILDREN CAUGHT IN THE CROSSFIRE: ALARMING NUMBER OF MINORS SHOT OF KILLED IN VIOLENCE-PLAGUED CITY

On Saturday at around 4 a.m., a 30-year-old woman was killed after someone opened fire on a group of people in an alley on the West Side, WGN reported. She was shot in the back of the head and was pronounced dead at the scene.

From Friday to Sunday, at least 23 people were wounded in apparent shootings including two girls, ages 11 and 17, hit by bullets fired from a drive-by vehicle.

The total number of people shot in Chicago from Memorial Day through August 27 was 1,026 -- down 15 percent from the same time period last year, according to the Tribune.

What's driving the wave of violence in Chicago?

Overall homicides during that same time period were down 27 percent.

The areas of the city where most of the shootings unfold are characterized not only by deteriorating neighborhoods, but also by a lack of quick, efficient emergency care.