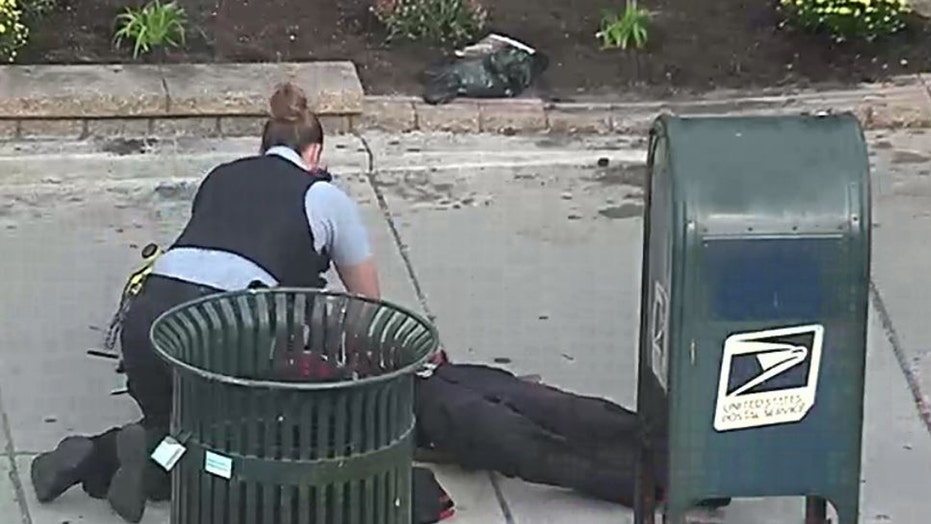 A Chicago police officer is being hailed a hero after her quick thinking saved a man’s life after he appeared to be dying from an apparent drug overdose.

Chicago Police Department shared a series of pictures Saturday morning that showed one of their own “going the extra mile.”

The unidentified female officer with the 18th District responded to reports of a “person down” in the 1100 block of North Clark Street. Once on the scene, she observed the male victim “unresponsive” on the sidewalk.

Police say she immediately began performing chest compressions and continued to do so even after paramedics arrived on the scene. Shortly after, emergency responders administered naloxone and the man was revived.

He was transported to an area hospital where he is recovering.

“Thanks to this astute Officer, this man is alive and is receiving medical treatment. Great work!” a second tweet from the department read.

The United States is in the midst of the deadliest drug overdose epidemic in its history. About 68,000 people died of overdoses last year, according to preliminary government statistics reported last month, a drop from the more than 70,000 in 2017.

The number of overdose-related deaths is continuing to drop and health officials attribute to a boom in naloxone sales.

Naloxone is a medication that can reverse opioid overdoses, restoring breathing and bringing someone back to consciousness. It first went on sale in 1971 as an injection. An easier-to-use nasal spray version, Narcan, was approved in 2015.