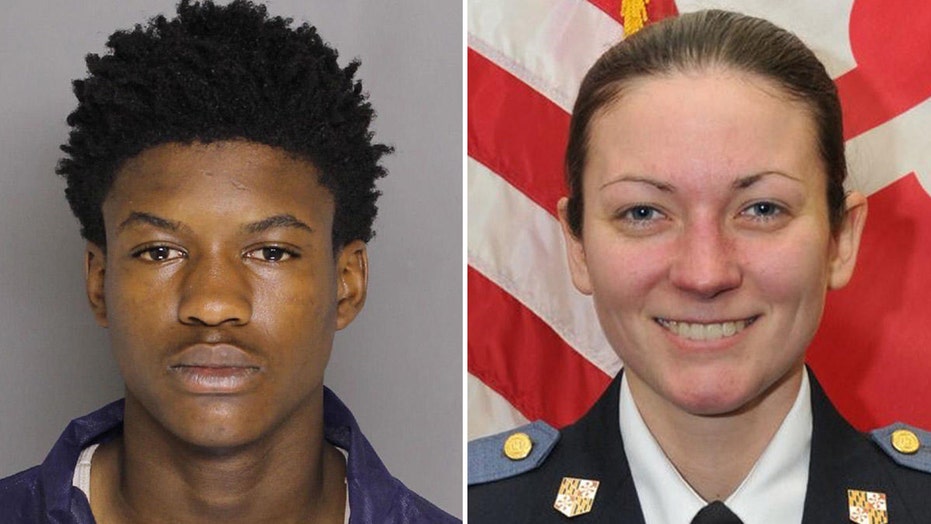 A Baltimore teen who was supposed to be confined to house arrest last year at the time he ran over a police officer in a stolen Jeep was sentenced Wednesday to life in prison.

Dawnta Harris, 17, was tried as an adult and convicted earlier this year in the May 2018 murder of Baltimore County Police Officer Amy Caprio. On Wednesday, a judge sentenced the teen to life in prison in addition to 20 years for burglary.

The 29-year-old officer was responding to reports of a suspicious vehicle when she encountered Harris in what would later be identified as a stolen Jeep. Bodycam footage from the incident showed Caprio shouting at the teen to get out of the vehicle.

Dawnta Harris, 17, was tried as an adult and convicted earlier this year in the May 2018 murder of Baltimore County Police Officer Amy Caprio, 29.

At one point she draws her weapon and screams at Harris to “Stop! Stop!” before he ducks his head, accelerates and slams the car into her.

Caprio managed to fire off one round, which shattered the Jeep's windshield. Residents of the Baltimore suburb reportedly found the officer bloodied and with tire marks across her legs. She sustained broken ribs and injuries to her internal organs.

OHIO COP ATTEMPTED KIDNAPPING GIRL, 12, WAITING FOR BUS AND FILMED HIMSELF URINATING ON HER: POLICE

Officials in Baltimore have come under intense criticism in the aftermath of Caprio’s death after it emerged Harris was awaiting sentencing in another auto theft case at the time of the killing. He was allowed, however, to remain on house arrest despite a string of previous arrests for car burglaries, repeated instances in which he skipped out of juvenile custody and a request from his mother to detain him.

A high school freshman at the time, Harris was transferred from a juvenile facility to his home in West Baltimore -- and disappeared shortly after.

A week later, Caprio was dead.

Three other teens, identified as Harris' accomplices, pleaded guilty to felony murder and are scheduled to be sentenced in September. Authorities accuse them of burglarizing a home when Caprio was run down on the street.

Under Maryland law, if someone is killed during the commission of a burglary, accomplices can be prosecuted in the slaying.