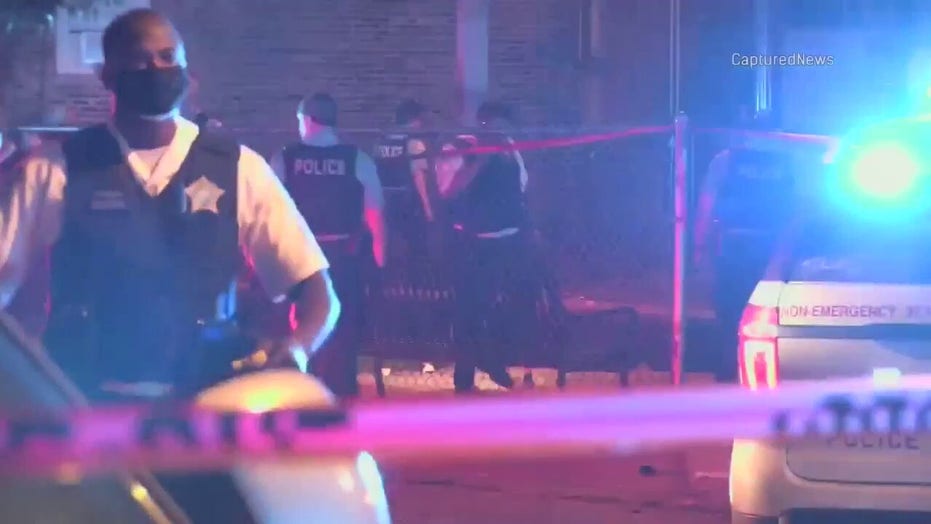 Chicago Police Department Superintendent David Brown on Thursday said 76 police officers have been shot or shot at so far in 2021 while reflecting on the city's deadly year.

Brown highlighted officers' commitment to keeping Chicago safe and outlined goals to decrease crime in 2022. The city closes out 2021 with nearly 800 murders as of Dec. 26 compared to the 763 murders recorded during the same time period in 2020, according to CPD's crime statistics.

"No day is the same for law enforcement," Brown said during a Thursday news conference. "Their actions are a reminder that no matter the task, no matter the risk, Chicago police officers do the most good for the people of this great city."

The police department has solved nearly 400 homicide incidents this year, indicating a clearance rate of just under 50%, as FOX 32 Chicago first reported.

Officers also took more than 12,000 firearms off the street, including 701 assault weapons and 455 ghost guns; recovered about $500 million in street value worth of narcotics; and made 12,000 carjacking-related arrests, according to FOX 32.

Police Officer Ella French was among those shot and killed on Aug. 7 in Chicago. (Chicago Police)

Robbery, aggravated battery and burglary incidents are mostly down compared to the past four years.

Additionally, CPD recorded about 500,000 positive community interactions, but Brown said he wants to triple that number to 1.5 million positive interactions in 2022.

Brown encouraged adults to mentor, tutor and coach young people to help prevent future crime, saying "everyone has a role to play" in the city's "public safety."