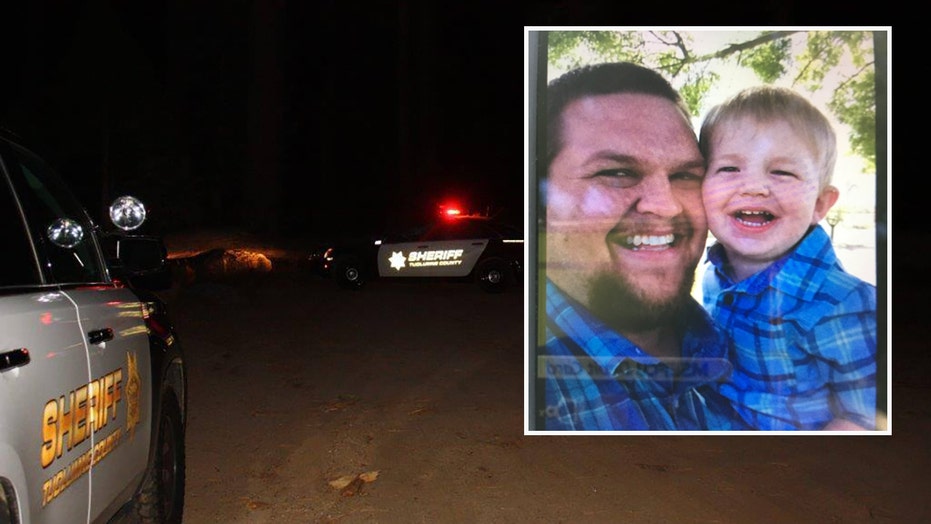 An Amber Alert triggered in California for a missing toddler, who police say was abducted by his father, has been canceled after two bodies were found near a remote campground, investigators said Monday.

The statewide search began over the weekend for 2-year-old John Weir and his father, 32-year-old Steven Weir. The elder Weir was “armed and dangerous” and driving a red 2005 Hyundai Elantra, according to the alert. They were last seen Friday night in Merced.

The two bodies were found near the vehicle late Sunday in a remote area near the Sand Flat Campground in Tuolumne County, about 2 ½ hours from the location where they went missing, the Merced County Sheriff’s Office said.

Authorities didn’t immediately identify the bodies or state how they died.

The family reportedly confirmed to KERO-TV that the bodies were of John and Steven Weir.

Weir was supposed to meet the boy’s mother at a custody exchange location on Saturday, but never showed up, the station reported.

The Tuolumne County Sheriff’s Office said Tuesday that they are still awaiting positive identification from the results of an autopsy.

The investigation is ongoing and police said more information would be released when it becomes available.