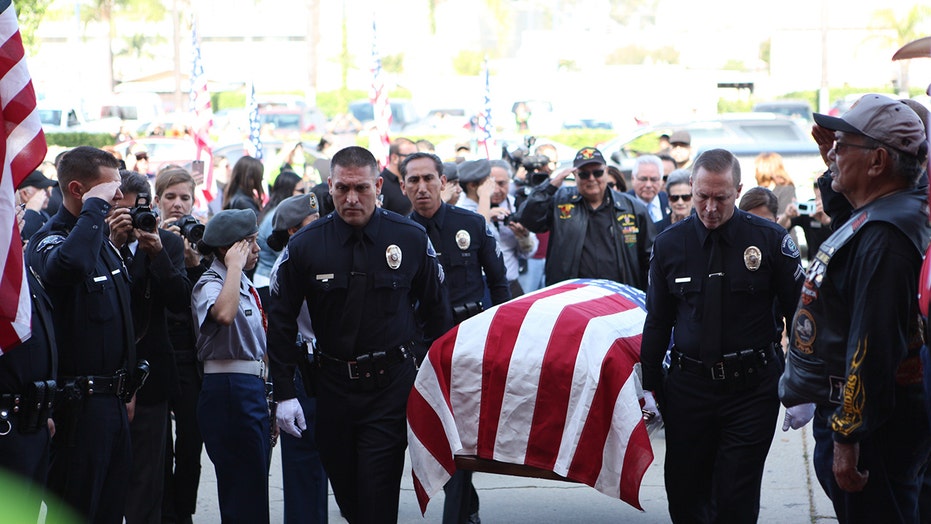 A Navy petty officer who was MIA after he was killed in a plane crash in Vietnam 52 years ago has been laid to rest in California with full military honors.

Raul Guerra's remains were found in 2007 but the Pentagon needed 12 more years to positively identify them--a wait that consumed a friend who grew up with Guerra and who earned a Purple Heart in the Marines in Vietnam five months before Guerra was killed.

"It was not just a friendship, it was a brotherhood,” Randy Valencia told KTLA-TV. “We were brothers and I think any brother would go look for his brother. This was my brother."

Guerra was killed on Oct. 8, 1967, when an E-1B Tracer crashed in the mountains in Da Nang Province. He was 24 and served in the Navy onboard the USS Oriskany aircraft carrier as a journalist.

Three weeks after his death, Navy officer and future U.S. Senator John McCain took off from the Oriskany on a bombing mission and was shot down over Hanoi, where he was taken prisoner.

Guerra was MIA until 2007, when his remains were recovered, but it wasn't until two months ago that they were identfied by the Defense POW/MIA Accounting Agency (DPAA).

Investigators had a hard time because Guerra had been adopted in Mexico and no blood relatives were available to provide a positive DNA match, the journalism website LAist reported Thursday.

During the identification process, Brigham Young University researchers conducted a genealogical study that discovered Guerra’s biological father was a man from Whittier, Calif., with business in Mexico.

Raul Guerra was 24 when he was killed in Vietnam in a plane crash in 1967. (Montebello Police Department)

Comparing isotope ratios in skeletons to oxygen ratios in different parts of the world lets scientists track a person’s movements.

"We found data from water supplies in Mexico and Southern California, and we were able to use that technique to show that the remains from the site were a good match to the geographic life history of Raul Guerra," DPAA lab director Dr. John Byrd told the website.