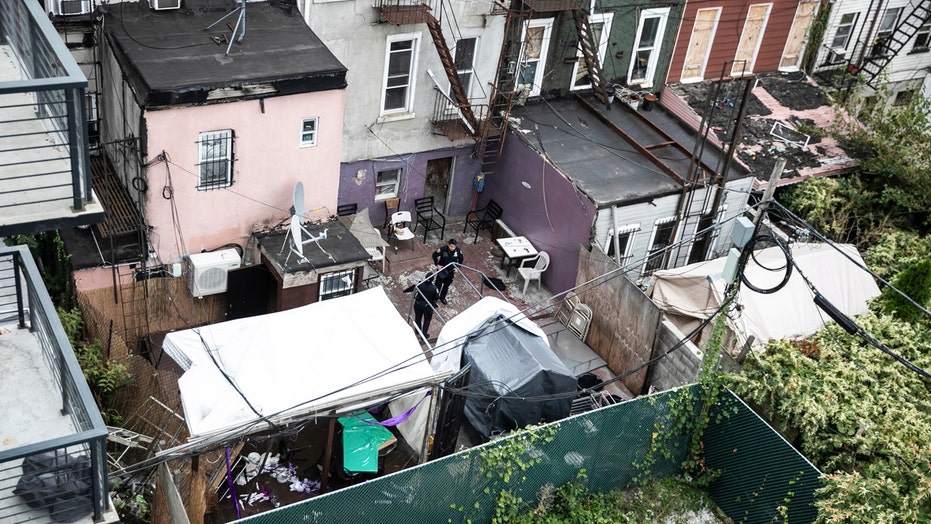 NYPD responded to a social club on Utica Avenue in the Weeksville neighborhood of Brooklyn just before 7 a.m. over reports of shots fired.

Once on the scene, police located four dead males and two more men and a woman who sustained non-life-threatening injuries.

NYPD investigates the scene of a shooting in the Brooklyn borough of New York on Saturday, Oct. 12, 2019. (AP Photo/Jeenah Moon)

Chief of Detectives Dermot F. Shea said at a press conference several hours after the shooting that at least two firearms - a 9mm handgun and a revolver - were recovered from the scene. He said that a preliminary investigation revealed that at least 15 shots were fired.

Shea said that among the victims, two were from “out of state” and the remaining five resided in different areas of Brooklyn. They were said to be between the ages of 32 and 49.

Evidence collected from the scene indicated an “illegal gambling” operation inside the small building. Shea said investigators collected “cards” and “dice” from the scene.

Authorities responded to a call about shots fired just before 7 a.m. and found four men dead in the Crown Heights neighborhood of Brooklyn at an address that corresponds to a private social club according to an online map of the street. A woman and two men suffered non-life-threatening injuries. (AP Photo/Jeenah Moon)

Chief of Patrol Rodney K. Harrison said there were never any complaints of a gambling operation at the location, which was only a few blocks away from the 77th precinct.

While no arrests have been made, Shea said several people were being questioned over the shooting. He said there was no indication that it was a gang-related incident.