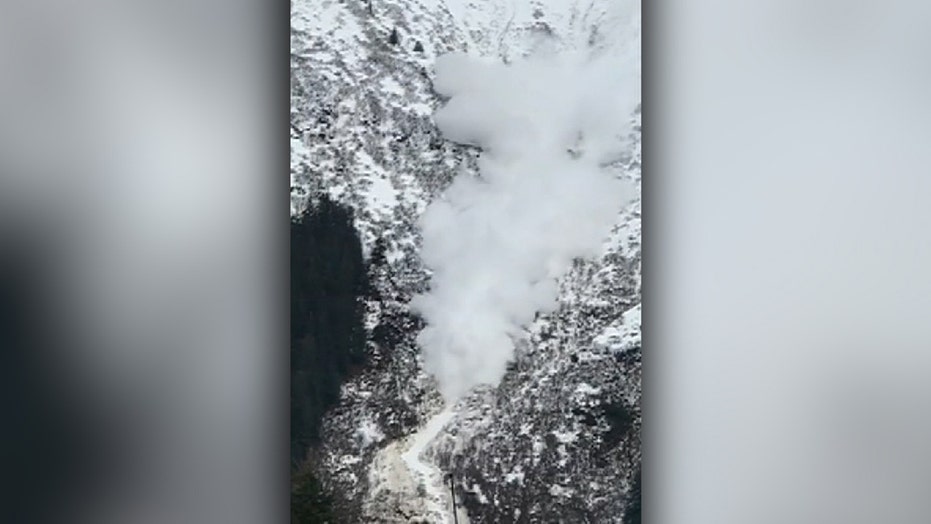 Sometimes a controlled disaster is necessary in order to prevent an even bigger one from happening.

The Alaska Department of Transportation and Public Facilities said on Facebook that crews conducted avalanche hazard reduction on Tuesday along a roadway outside of Juneau.

The operation on Thane Road used a specialized blaster, dubbed the "Daisy Bell" by the DOT, to protect highways in the state from avalanches in the winter.

In the video released by the agency, an avalanche careens down a mountain after officials use the device.

A controlled avalanche can be seen on Tuesday outside of Juneau, Alaska. (Alaska Department of Transportation and Public Facilities)

According to the DOT, the “Daisy Bell" is a conical shaped blaster suspended on a long line about 100 feet beneath a helicopter.

"It packs a powerful punch large enough for triggering avalanches using a mixture of hydrogen/oxygen gas," according to a DOT factsheet.

The DOT has used the device since 2018, allowing the department a more precise and inexpensive option for blasting away avalanche risk areas, according to the Juneau Empire.

Avalanche forecaster Pat Dryer said each shot costs less than $5 and can be more precise than the previous technique: a World War II-era howitzer that would shoot at the snowpack to reduce avalanche hazards.

“The helicopter is a lot less expensive than using the howitzer,” Dryer told the newspaper.