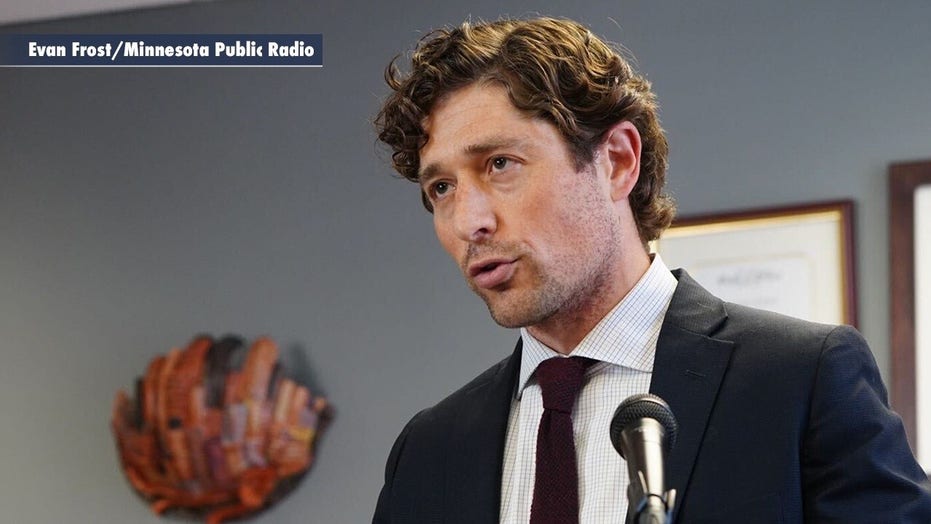 Minneapolis mayor pushes back on calls to defund police

The Bureau of Alcohol, Tobacco, Firearms and Explosives (ATF), along with other law enforcement officials in Minneapolis, released photos Tuesday of several people suspected of being involved in arson attacks during protests in the wake of George Floyd's death.

Authorities are asking for help in identifying the individuals possibly involved in vandalism, looting and arson.

“Progress has been steady in the Minneapolis fire investigations, and we are at a point where we need help identifying people,” Assistant Special Agent in Charge Jeff Reed, of the ATF's St. Paul Field Division, said in a statement.

The Minnesota Transitions Charter School, Minneapolis Police Third Precinct and an Auto Zone are among few buildings the individuals are suspected of igniting.

According to local news outlet Star Tribune, more than 570 buildings were looted or vandalized after thousands of protesters took to the streets in the Twin Cities to protest Floyd's death.

At least 67 buildings are also believed to have been completely destroyed, authorities said.

“These arsons are adversely impacting our communities, business owners, employees and their families,” Reed said. “ATF is committed to working with our local, state, and federal partners to identify and prosecute the perpetrators.”

A Minnesota man was charged Monday in the burning of Minneapolis' Third Precinct.

Branden Michael Wolfe, 23, was charged with aiding and abetting in the fires set to the police station on May 28.

Wolfe was later apprehended on Wednesday, when a home improvement store in St. Paul called the police on an individual attempting to break into the store.

He was found wearing body armor, a law enforcement duty belt with handcuffs and an earpiece, and was carrying a baton and knife, authorities said. He had also written his name in duct tape and placed it on the back of his shirt.

Wolfe allegedly admitted to being in the precinct, stealing police property and pushing a wheelbarrow into a fire to keep the flame going.

The bureau urges anyone with information related to looting or arson to come forward to assist with the ongoing investigations.