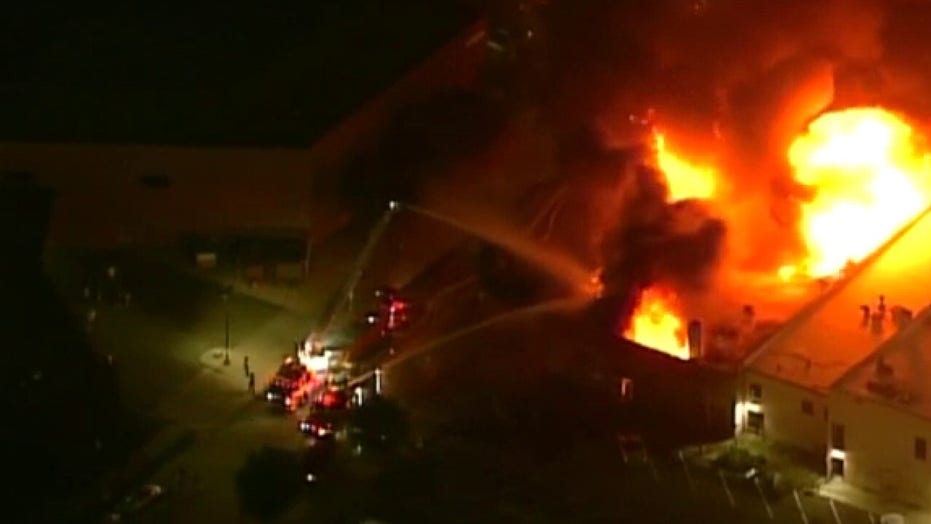 A Minnesota man has been charged in connection with the arson of a Minneapolis police stationhouse during riots over the death of George Floyd, authorities said Monday.

Branden Michael Wolfe, 23, of St. Paul, was charged in federal court with aiding and abetting arson at the Minneapolis Police Department’s Third Precinct, the Justice Department said. The station was set on fire during May 28 rioting that began after Floyd's death while in Minneapolis police custody days earlier.

Rioters broke into the precinct around 10 p.m. and sparked a fire after police officers on the roof were rescued by helicopter. The blaze was set a short distance away from Floyd's altercation with four Minneapolis police officers.

Federal prosecutors said St. Paul police officers were called on June 3 to a Menards home improvement store after Wolfe was seen wearing body armor with his name written on duct tape, a law enforcement belt and a baton in the store. The belt had handcuffs and a knife attached.

He was fired from his security guard position at the store hours earlier after he referred to social media posts about him stealing items from the police precinct.

Officers responded and arrested Wolfe. Additional items -- including a 9mm pistol, police radio, riot helmet and a police-issued overdose kit -- were recovered from his apartment, according to federal prosecutors.

Wolfe allegedly admitted to being inside the police precinct on the night of the fire, stealing police property and pushing a wooden barrel into the blaze to keep it burning.

He also identified himself in several photographs showing him in front of the burning station with a police baton. He is being held in the Hennepin County jail and expected to appear in court Tuesday.