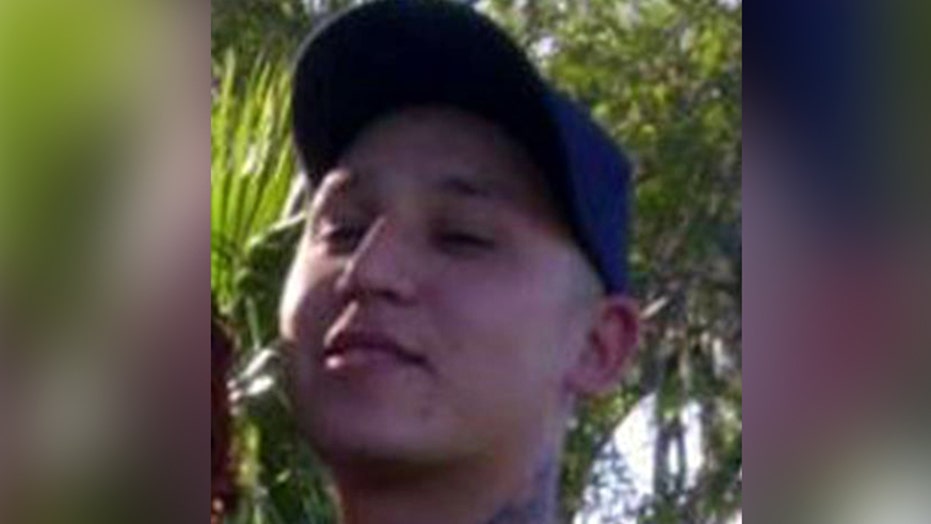 Manhunt for suspect after three shot dead in Florida

Police in Florida were hunting for an "armed and dangerous" suspect believed to have killed three people at two scenes, including his wife, a neighbor and a minister whose body was found outside his church in Bradenton.

Andres Avalos, 33, was last seen near the Bayshore Baptist Church in a gold Chevrolet Suburban, according to Manatee County deputies. The father of six was being sought in connection with the deaths of the Rev. James Battle, 31; Amber Avalos, 33, and Denise Potter, 46.

“We don’t know if whether or not he is still alive,” Manatee County sheriff’s spokesman Dave Bristow told the Tampa Tribune. “We presume he is [alive].”

Battle was found dead at the church in the courtyard, according to MyFox Tampa Bay.

"There was a witness in that shooting, so we know what pretty much happened there," said Manatee Sheriff's spokesman Dave Bristow.

While at the church, deputies learned of another possible victim at a residence in northwest Bradenton and sent authorities there.

When they arrived, they found the two female victims. Bristow said investigators believe the two women were killed before the minister, but they did not disclose how the two women died.

Relatives say Potter and Avalos worked together cleaning houses and had met earlier for work.

Potter has two young sons, 14 and 7. Avalos worked at Bayshore Baptist, according to the church's website. The site also said that Andres Avalos’ father also is a minister there.

The couple's six children were in the custody of a relative, authorities said.

People at the church Thursday said they were unaware of any conflict between Andres Avalos and James Battle.

Andres Avalos has several previous arrests; among are five in Hillsborough County. The most recent was on a DUI charge in 2012.

Jane Riley, a neighbor of the Avalos family, told The Associated Press that the neighborhood near the Manatee River is “like the sweetest little community,” although she did point out that in 2008, a previous tenant of the Avaloses’ home was slain during a home invasion.

The Gold Star of Manatee County is now offering a $15,000 reward for information leading to Andres Avalos' arrest.