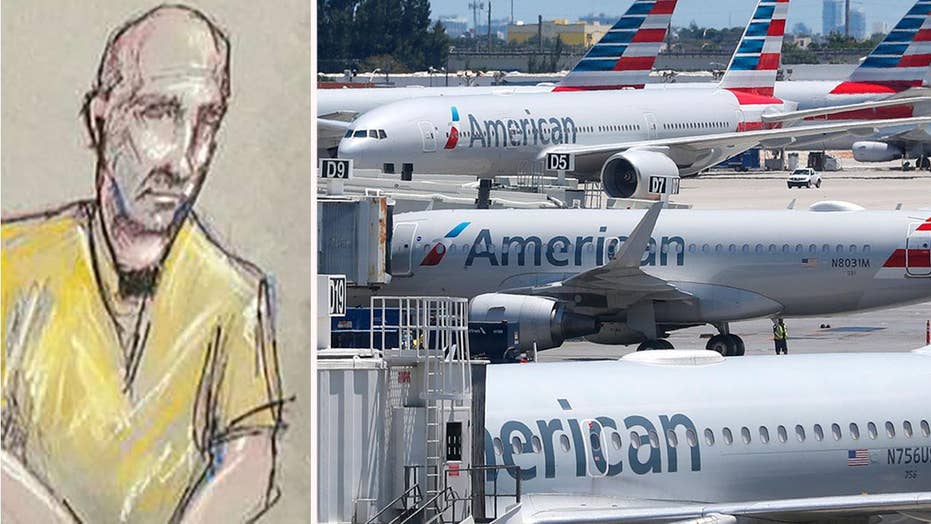 American Airlines mechanic accused of sabotaging packed plane, may have ties to ISIS

An American Airlines mechanic accused of sabotaging a plane in July reportedly told arresting agents he had an “evil side,” a nefarious persona prosecutors sought to expose Wednesday as they presented alleged evidence of his Islamist sympathies -- and aspirations -- at a bail hearing in Miami.

Prosecutors said Abdul-Majeed Marouf Ahmed Alani allegedly displayed support for ISIS by making statements about wishing Allah would use "divine powers" to harm non-Muslims and sharing ISIS videos on his cellphone -- which he allowed the FBI to search. One of the videos showed a person being shot in the head, according to prosecutors.

Federal investigators said they also learned that Alani lied about taking a trip to Iraq in March to visit his brother and also sent $700 to someone in Iraq. Alani allegedly told an American Airlines co-worker in June his brother was kidnapped and became a member of the terrorist organization.

Alani, 60, worked as a mechanic for the airline when he allegedly sabotaged a Nassau-bound Boeing 737 with 150 passengers and crew aboard at Miami International Airport over stalled labor negotiations. 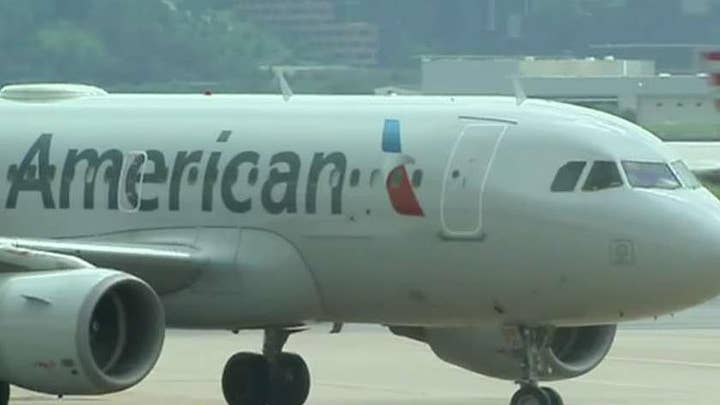 Prosecutors said Alani glued styrofoam inside the nose of the aircraft that disabled a part used to gauge airspeed and other critical flight data. Pilots detected the issue before takeoff, and a subsequent inspection discovered the problem.

Airport surveillance captured Alani, who walks with a limp, working on the plane's nose for about seven minutes. He was identified by co-workers.

After his arrest earlier this month, he told agents he acted “out of my evil side” and “wanted to do something to delay” the plane “to get overtime” for maintenance repairs, Assistant U.S. Attorney Maria Medetis told the judge Wednesday.

While Alani is not yet charged with a terror-related crime, Medetis said the potential links to the Islamic State give rise to the possibility that his actions had a darker purpose beyond what he insisted was a labor issue.

Alani worked for American Airlines since 1988 and simultaneously worked for Alaska Airline from 1998 until his firing in 2008, a report said. (AP Photo/Wilfredo Lee, File)

The defense has argued that prosecutors can’t prove Alani intentionally put people in danger. They said Alani was an experienced mechanic who knew the alleged sabotage would ground the plane before takeoff.

However, Alani had been fired from Alaska Airlines in 2008 over several maintenance mistakes, some that led to Federal Aviation Administration investigations, according to court documents from his unsuccessful discrimination lawsuit that Business Insider obtained.

Alani was fired after the incident and the Federal Aviation Administration revoked his aircraft mechanic certificate.

He is expected to enter a plea Friday on charges of willfully damaging, destroying or disabling an aircraft.

Fox News' Louis Casiano and Brie Stimson and The Associated Press contributed to this report.