A federal magistrate denied bond for 60-year-old Abdul-Majeed Marouf Ahmed Alani, saying she has evidence to suggest he could be sympathetic to terrorists; Phil Keating reports from Miami.

A federal judge on Wednesday denied bail to a former American Airlines mechanic accused of sabotaging a jetliner in July over possible links to the Islamic State (ISIS).

Prosecutors presented evidence that Alani  -- a naturalized American citizen from Iraq -- has a brother with possible ties to ISIS and a history of statements wishing harm to non-Muslims.

They said he recently sent $700 to someone in Iraq and has videos on his cellphone depicting murders committed by ISIS militants. He also failed to disclose to arresting authorities that he traveled to Iraq in March. 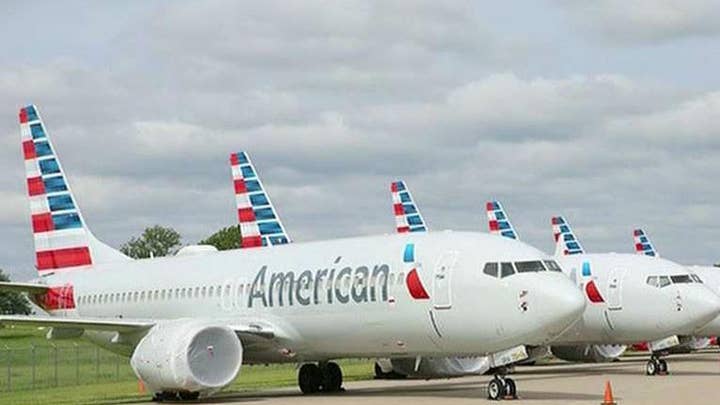 "You may be very sympathetic to terrorists," McAliley told Alani at the hearing. "That's very disconcerting."

The judge said that Alani's ability to travel abroad factored into her decision, and that "it is likely you will be convicted."

Alani, 60, worked as a mechanic for the airline when he allegedly sabotaged a Nassau-bound Boeing 737 with 150 passengers and crew aboard at Miami International Airport over stalled labor negotiations.

He allegedly told investigators the labor dispute between the mechanics union and the airline had a negative financial impact on him.

Prosecutors said Alani glued styrofoam inside the nose of the aircraft that disabled a part used to gauge airspeed and other critical flight data. Pilots detected the issue before takeoff, and the plane was taken to another part of the airport for an inspection. That's when the problem was discovered.

Airport surveillance captured Alani working on the plane's nose. He was identified by co-workers.

Alani's public defender argued his client is an experienced mechanic who knew the alleged sabotage would result in the plane being grounded.

"We don't think they are going to be able to prove he intentionally put people in danger," said attorney Christian Dunham. "The plane would have been fine to fly."

Alani was fired after the incident and the Federal Aviation Administration revoked his aircraft mechanic certificate. He is expected to enter a plea Friday.