Dallas police Officer Amber Guyger, whom authorities say fatally shot a black man last week in an apartment she mistook for her own, was also involved in the shooting of a suspect in 2017, according to a report.

Guyger, 30, a four-year veteran of the Dallas Police Department assigned to the Southeast Patrol Division, was identified late Saturday by Dallas police as the white officer who fatally shot Botham Jean, 26, in the South Side Flats apartment complex in Dallas around 10 p.m. local time Thursday.

The confirmation by police of Guyger's involvement in Jean's death followed the disclosure of the officer's name earlier in the day by the Dallas Morning News, the newspaper reported. Her name had already been circulating in social media posts, the report said.

The police confirmation of Guyger's name followed several days of criticism of the department for not identifying the officer sooner.

Whether Guyger will be charged with a crime in connection with Jean's death is the subject of a Texas Rangers investigation.

Dallas police Chief Renee Hall said Saturday that the Rangers had asked her to hold off on a planned manslaughter charge while their investigation is underway, FOX 4 of Dallas reported. 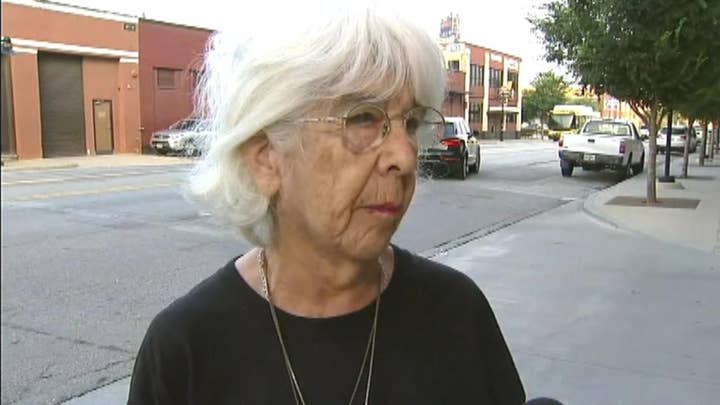 Guyger faced no charges following a May 12, 2017, incident in which police say she shot and wounded Uvaldo Perez after a struggle that resulted in Perez taking Guyger's stun gun, according to an affidavit reviewed by the Morning News.

Perez ultimately entered a plea deal in February 2018, admitting he took a weapon from an officer, possessed illegal drugs and violated his parole, the newspaper reported. He was sentenced to two years in prison.

Following Thurday's fatal shooting of Jean, Guyger was said to be "devastated," the Morning News reported.

Meanwhile, Jean's family held a vigil for him Saturday at Dallas West Church of Christ, FOX 4 reported. The family asked that Jean be remembered as a youth pastor, singer and good friend and family member -- and not as the focus of speculation or political agendas, the station reported.

“Botham never saw color, he never saw race. Botham wanted all of us to unite, to be together,” Jean's mother, Allison Jean, told the vigil gathering.

“Botham never saw color, he never saw race. Botham wanted all of us to unite, to be together.”

Lee Merritt, an attorney representing Jean’s family, tweeted Saturday: “Our first & foremost priority will be to ensure justice is served for this family. That includes holding Amber Guyger accountable for her crimes as well as ID’ing all responsible for enabling this incident.”

Thursday’s shooting occurred after Guyger was returning home in uniform from a 12-hour shift, according to police. Guyger allegedly entered an apartment she thought was hers, and killed a man she didn’t recognize, Dallas’ FOX 4 reported. Afterward, she called 911, police said.

Responding officers found Jean badly wounded. He was transferred to a hospital and died later that evening.

Jean was a businessman born in St. Lucia, a Caribbean island nation where he and his family held positions in government. He had recently graduated from Harding University in Arkansas and had been working in Dallas since 2016.

Dallas Mayor Mike Rawlings and state Sen. Royce West, D-Dallas, held a news conference Saturday afternoon in which they urged the community for patience as the investigation proceeds, the Fort Worth Star-Telegram reported.

“Is this a white on black crime? Yes,” West said. “It was a white, female Dallas police officer who shot and killed a person from St. Lucia of African descent. Is this a race-related crime? Don’t know. I would hold any type of decision you make on what happened until all of the facts come in.”

“Is this a white-on-black crime? Yes. ... Is this a race-related crime? Don’t know. I would hold any type of decision you make on what happened until all of the facts come in.”

Still, questions remain as to why Guyger mistook Jean’s apartment for her own and how she was able to get inside. The police officer was a tenant of the building for only about a month, the Morning News reported.

Rawlings told reporters Saturday afternoon that Guyger was able to get inside Jean's apartment because the door was open. But that claim was contradicted Saturday evening by a FOX 4 reporter who cited police as saying Guyger was on the wrong floor and the door was closed.

"Her key didn't work in the door," Steve Eager wrote. "Shooting happened shortly after resident opened his own door."