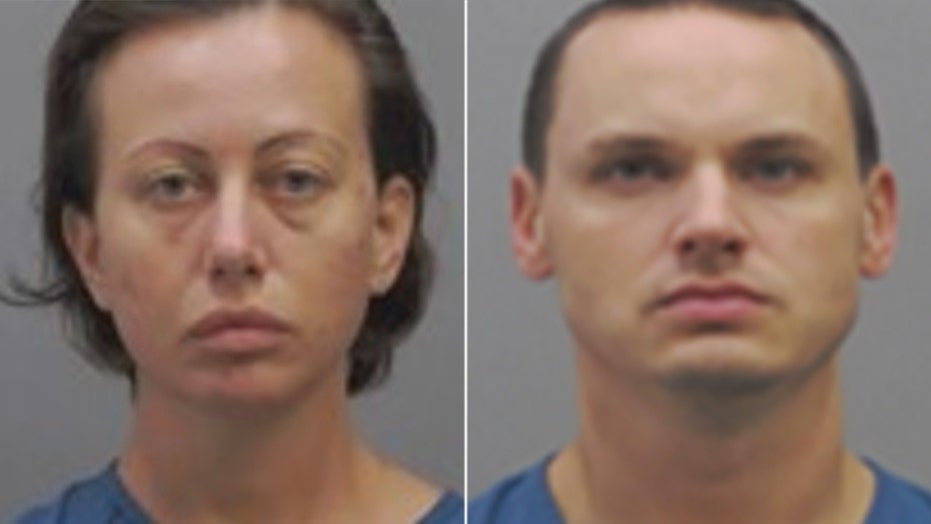 An Air Force sergeant has been charged with conspiring with an Ohio woman to kill her husband—a reported Air Force vet.

Texas-based Tech Sgt. Michael Clark, 33, and Angelina Hamrick, 32, were arrested Saturday in the death of Jason Hamrick, 42, according to reports and Chief Deputy Chris Stratton with the Clermont County Sheriff’s Office.

Hamrick was found June 30 face down in a ditch on a road near the home he shared with his wife and three sons in Tate Township, according to Fox 19 Cincinnati, which reported interviewing a neighbor.

The woman said she saw deputies take Hamrick away in handcuffs.

“It’s a little more comforting to know that somebody has been arrested," she said.  “We’ll just have to go from there and see what happens.”

Hamrick was charged with aggravated murder. She is believed to have killed her husband in their home June 28, Stratton said. He didn't say how he was killed.

Clark was charged with conspiracy to commit aggravated murder.

Clark once lived in Clermont County but now lives in Abilene, Texas, and is assigned to Dyess Air Force Base, according to KTXS-TV.

“They are very serious allegations and go against everything we stand for as United States Air Force airmen,” the statement said, according to the Abilene station.

KTXS also reported that according to his Facebook page, Jason Hamrick served in the Air Force and was at one time stationed at Sheppard Air Base in Wichita Falls, Texas.

Angelina Hamrick and Clark have been jailed and will appear in court Monday for an arraignment.