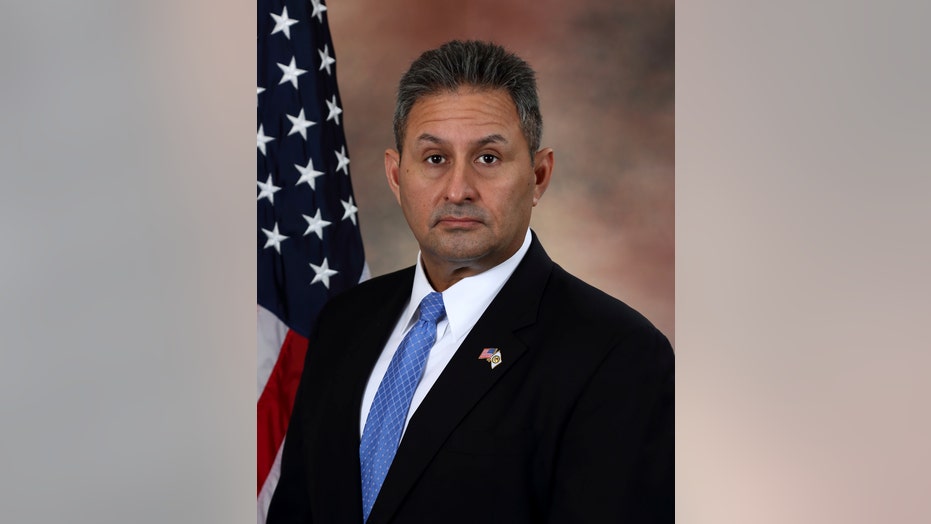 Michalel Carvajal will replace Kathy Hawk Sawyer, who previously ran the BOP as its first female director from 1992 to 2003. Barr asked her to return to the role in August 2019 in the wake of Epstein’s death.

Carvajal currently works as assistant director of the department’s correctional programs division, handling the daily oversight of BOP's correctional services. Beginning as a correctional officer, he’s held a number of positions  since joining the bureau in 1992. He worked his way up to warden and regional director of the Northeast in 2016.

This undated photo provided by the U.S. Department of Justice shows Michael Carvajal. Attorney General William Barr has named a new director of the beleaguered federal Bureau of Prisons, months after shaking up the agency’s top leadership following the death of wealthy financier Jeffrey Epstein. That's according to three people familiar with the matter who spoke Tuesday to The Associated Press. Barr named Michael Carvajal as the new director on Tuesday, replacing Kathy Hawk Sawyer, who he had personally asked to return to run the agency in the wake of Epstein’s death.  Carvajal is currently the assistant director of the department’s correctional programs division, which handles the daily oversight of the bureau’s correctional services. (U.S. Department of Justice via AP)

Hawk Sawyer will remain a senior adviser to the bureau. She did not intend to stay in the top post permanently but was entrusted to help implement reforms in the wake of Epstein’s suicide, sources told The Associated Press.

“I want to thank Kathy Hawk Sawyer for her exceptional leadership and helping us identify a highly qualified individual to serve as permanent director. I am grateful for Kathy’s service and that she has agreed to stay on as a senior adviser to assist the bureau with this transition,” Barr said in a statement.

EPSTEIN GUARDS SUSPECTED OF FALSIFYING LOGS TO SHOW THEY WERE CHECKING ON HIM: REPORT

Hawk Sawyer replaced the BOP’s former acting director, Hugh J. Hurwitz, who was appointed by then-Attorney General Jeff Sessions in May 2018 and reassigned to deputy in charge of the bureau’s re-entry programs, where worked with Barr on putting in place the First Step Act, a criminal justice overhaul.

The change in leadership comes amid the fallout from the death of Epstein, 66, who hanged himself in his cell at the Metropolitan Correctional Center on Aug. 10 while awaiting trial on charges he sexually abused dozens of girls as young as 14 in New York and Florida in the early 2000s.

The news of the disgraced financier’s sudden death sparked speculation and conspiracy theories as to how he could have killed himself in a high-security federal lockup where he was supposed to be closely watched. Barr opened an investigation, which is still ongoing, into “serious irregularities” uncovered at the jail, including why Epstein wasn’t given a cellmate.

The guards working in Epstein’s unit the night of his death failed to check on him every half hour and are suspected of falsifying log entries to show they had.