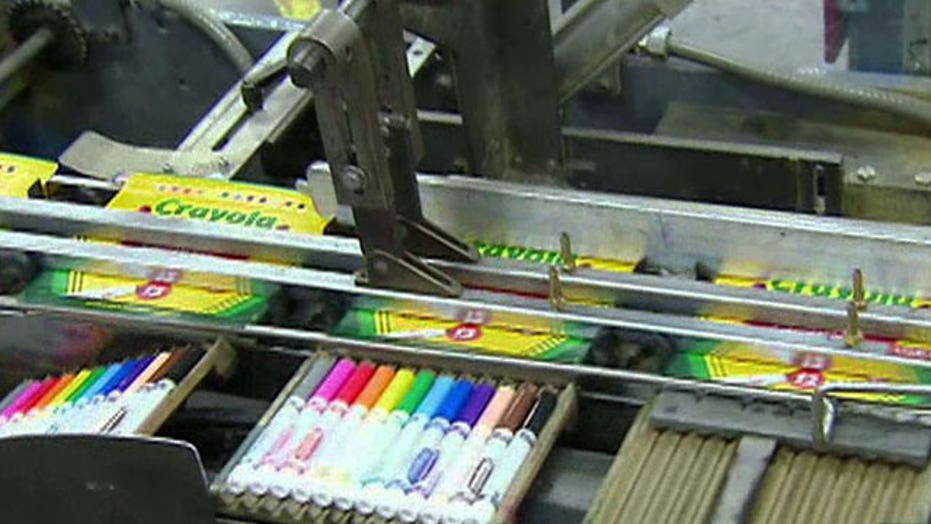 Crayola has found a way to turn dried up markers into clean fuel capable of being used in boilers, ships and even cars.

The company makes up to 700 million markers a year and has partnered with New York clean energy company JBI to create the Colorcycle initiative.

Under the initiative, about 600 schools around the country have so far agreed to recycle their used markers for free.

The dried up markers are then shipped to JBI, which specializes in recycling dense plastics -- like shampoo and pill bottles, and coffee containers. Entire markers are melted and compressed in machines that break down long complex plastic molecules thousands of atoms long. The machines process about 2,000 pounds of plastics per hour and produce clean fuel at a rate of a few gallons a minute.

"It's an excellent way to handle un-recyclable plastics, and it's a very critical one because only 8 to 9 percent of the plastic in the U.S. is actually recycled. The rest of it goes to landfill," John Bordynuik, the chief of technology at JBI, told Fox News.

About 80 percent of the fuel is turned into diesel, with about 20 percent turned into a light naptha. U.S. steel, paving companies, and fuel dealers use the diesel gas. Vehicles can also run on the fuel.

"You can take it and use it as is. The only thing we'd have to add for transport use is a lubricity additive for engines. But other than that, it is the cleanest, straight chain fuel you could ask for a vehicle,” Bordynuik said. “It doesn't have any of the aromatic compounds that are generally, let's say environmentally, challenging."

But as hard as they are to make, Crayola markers are tougher to recycle. Many markers end up in landfills because the only recyclable part of a marker is the plastic outside. Still, many customers don’t bother stripping the ink out first.

Crayola hopes they have found an environmentally sustainable solution, however, that will also serve as a teaching moment for kids in schools.

"When they sign up they have immediate access to lesson plans on sustainability, so they're actually able to help children understand how they can take an active role in improving their environment for tomorrow,”said Peter Ruggiero, executive vice president for global operations.

So far, 17,000 markers have been recycled, but Crayola hopes to raise that number to 70 million.