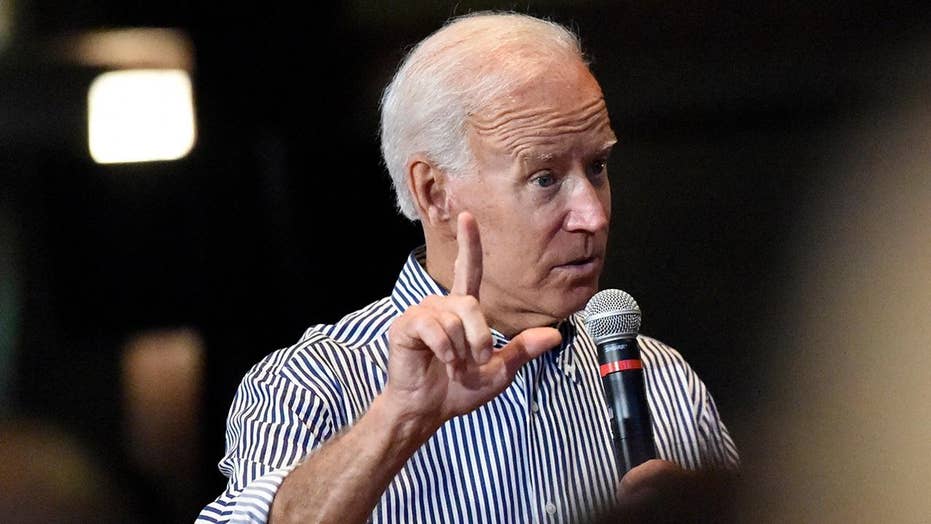 Former Vice President Joe Biden's campaign has been dogged by gaffes -- but a new error could be his most damaging yet.

The controversy surrounds a moving military story -- which the former VP claimed to be the "God's truth" -- that Biden told at a campaign stop in New Hampshire earlier this month.

The only problem was that the story was not true, according to The Washington Post. Biden was quick to respond to the allegation on Thursday, speaking to a Washington Post's Cape Up podcast. “I was making the point how courageous these people are, how incredible they are, this generation of warriors, these fallen angels we’ve lost,” he said. “I don’t know what the problem is. What is it that I said wrong?”

Earlier, Biden's allegedly tall tale was an emotional account of his decision to travel to Afghanistan, despite concerns about visiting a war-torn area, in order to honor a Navy captain for retrieving the body of his dead comrade during battle. 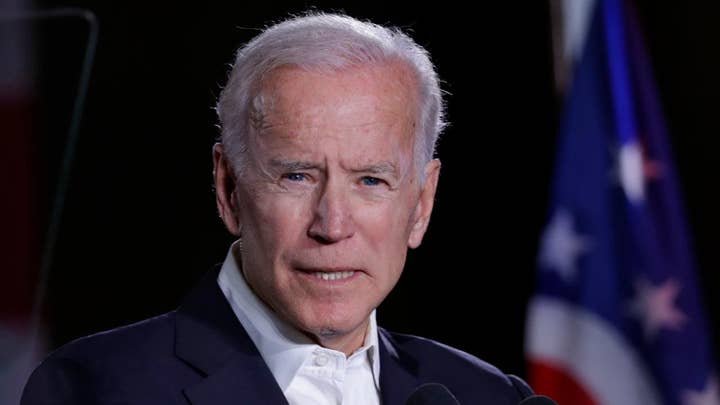 According to Biden, he brushed off concerns about the risk of him traveling to the deadly area. “We can lose a vice president,” he said, recounting his words to a crowd during an event on Friday. “We can’t lose many more of these kids. Not a joke.” His story involved the captain dramatically telling Biden he didn't want the medal because his comrade ended up dying.

But after speaking with more than a dozen military and campaign sources, the Post determined the event "never happened" and that "almost every detail in the story appears to be incorrect."

RECALLING MLK AND RFK DEATHS, BIDEN ASKS CAMPAIGN CROWD, WHAT IF OBAMA 'HAD BEEN ASSASSINATED' IN 2008?

"It appears as though the former vice president has jumbled elements of at least three actual events into one story," the Post's Matt Viser and Greg Jaffe wrote.

They added that Biden rattled off a slew of inaccurate facts in the span of just a few minutes.

"In the space of three minutes, Biden got the time period, the location, the heroic act, the type of medal, the military branch and the rank of the recipient wrong, as well as his own role in the ceremony," Viser and Jaffe wrote.

The Post reported that the crowd of 400 people in Hanover fell "silent" and the former vice president gave his "word as a Biden" that the story was true on Friday.

Biden's retelling was perhaps the most inaccurate version of the story he had told -- although it wasn't the only time he told it, according to the Post.

The former vice president's story, however, wasn't entirely wrong. Army Staff Sgt. Chad Workman reportedly received a medal from Biden after attempting to retrieve a dead soldier from a burning vehicle. Workman told a similar story about the two's interactions, "but with one added detail," The Post said.

MIKA BRZEZINSKI CALLS OUT OBAMA WHILE DEFENDING BIDEN: 'DID HE REALLY GOVERN'

"He recalled Biden meeting his gaze. Workman told the vice president that he didn’t want the medal. 'I know you don’t,' Biden replied softly," the Post reported.

Biden's war story was just the latest incident to cast doubt on the 2020 frontrunner's mental acuity as he ran for president of the United States.

While his campaign has dismissed his gaffes as part of a press "narrative," other observers have claimed that the number of verbal slip-ups is concerning.

In recent days, Biden inaccurately stated the decade when Robert F. Kenndy and Martin Luther King Jr. were assassinated, said he preferred "truth over facts," and misidentified New Hampshire as Vermont while campaigning in the early primary state.

The former vice president dismissed concerns about his age last weekend, telling voters not to support him if it was an issue.

"I say if they're concerned, don't vote for me," Biden said while speaking to reporters in Keene, N.H. When a reporter told Biden that voters he talked to were wondering if the former senator from Delaware had lost a step, Biden answered: "What do you think?"

Biden's brain surgeon has insisted that his patient was mentally healthy and had no brain damage.

“He is every bit as sharp as he was 31 years ago. I haven’t seen any change,” Dr. Neal Kassell said, according to Politico. Kassell previously treated Biden for brain aneurysms and has monitored him for brain damage since his surgeries.

The gaffes appeared to have raised enough concerns that allies of the former vice president reportedly suggested he scale back the number of events he did on the campaign trail. David Axelrod, a former adviser to former President Obama, blasted that advice, arguing on Thursday that he shouldn't be cloistered as a presidential candidate.

"This is bad advice. You can’t cloister the candidate and win," tweeted Axelrod, the chief strategist of Obama's 2008 and 2012 campaigns. "He either can cut it or he can’t, and the only way he can prove he can is to be an active and vigorous candidate. He’s running for president of the United States, for God’s sake!"