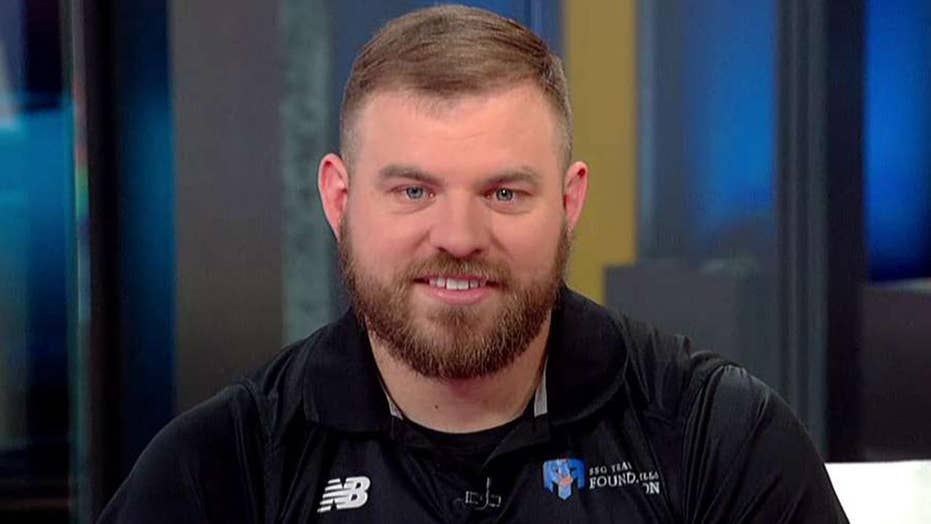 Retired U.S. Army Sergeant Travis Mills, who was hit by an IED in Afghanistan, shares his inspiring story in a new Fox Nation documentary.

"People always say, 'You're one of those wounded guys,'" said retired U.S. Army Staff Sgt. Travis Mills on "Fox and Friends" on Tuesday. "'Wounded' would insinuate that I am still injured and I am not."

Mills served three tours in Afghanistan and became one of only five surviving quadruple amputees from the wars in Iraq and Afghanistan. He was hit by an improvised explosive device while leading an explosive ordnance disposal team that was clearing an abandoned Afghanistan National Army security post on April 10, 2012.

He prefers the term "recalibrated warrior."

"I have scars, they are pretty awesome, but I might as well keep pushing forward," he told "Fox and Friends" co-host Steve Doocy.

The Maine native and married father is also the subject of a new Fox Nation documentary, "Travis: A Soldier's Story," which details his journey from a star high school athlete, to a weapons squad leader, to the day that changed his life forever.

"I happened to take my backpack off and I set it on the ground and underneath it was a bomb," Mills recalled about the day he was injured. "We swept the ground twice actually... a 120-pound backpack full of ammo and the bomb went off. It took my right arm, right leg off automatically. My left leg came off during surgery and my left arm came off two days later."

The battlefield scene is reenacted by Mills and his former battalion members in "Travis: A Soldier's Story."

"We had a call. There was an IED threat in the area. We had to go check it out and see if there was one," said Mills in the Fox Nation documentary, describing the moments before an IED exploded at his feet.

"I remember actually while we were working on him — one of the things he said was, 'I just want to be able to hold my little girl again,'" combat medic Sgt. Alex Voyce told Fox Nation. 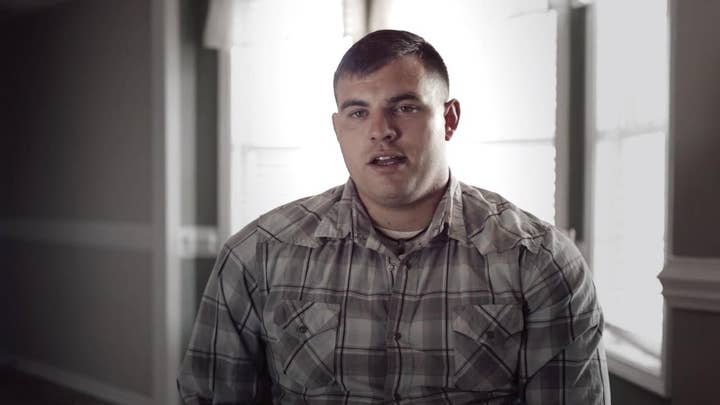 "Travis: A Soldier's Story" describes the incredible challenges that Mills overcame in his recovery and rehabilitation at Walter Reed Medical center.

Today Mills runs the Travis Mills Foundation, which serves post 9/11 veterans with physical injuries due to service. According to the foundation's website, veterans and their families "receive an all-inclusive, all-expenses paid, barrier-free vacation to Maine, where they participate in adaptive activities, bond with other veteran families and enjoy much-needed rest and relaxation in Maine’s great outdoors."

"Never give up, never quit" is Mills' motto and that of his foundation. He told Doocy that he settled on that mantra during his rehabilitation. "I was doing a workout – I think the documentary has a clip of it – and the occupational therapist asked me...'Hey, you can relax. You want to quit?' And I'm like, 'I'm never going to quit' and I just kind of stick by it now."

"Last year we brought up 130 families," said Mills of his foundation. "The year before that was 89 families and this year we brought over 200 and by 2021, we'll be bringing up over 400 families per week. And we're one of the top foundations out there and I am very proud to say that."

To watch all of "Travis: A Soldier's Story" go to Fox Nation and sign up today.