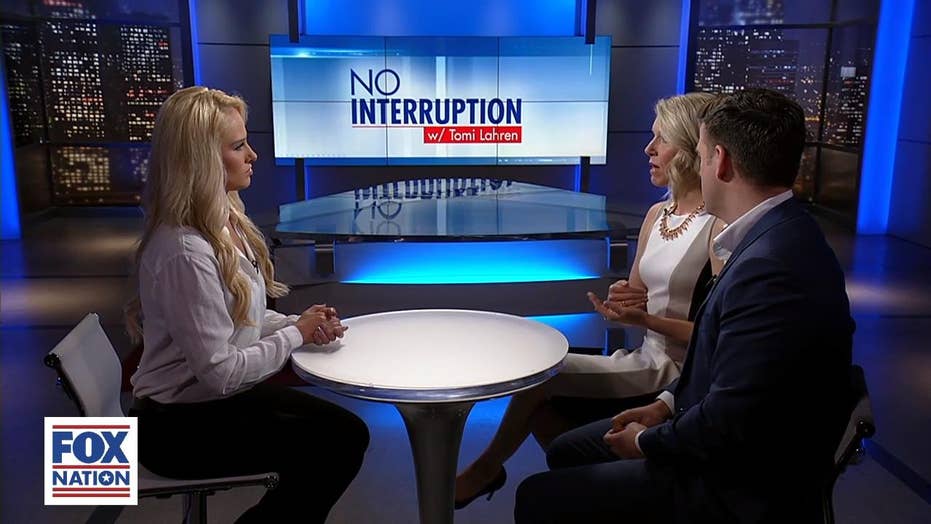 Tomi Lahren sits down with Eddie Gallagher wife: 'They raided our house, threw my kids out on the street in their underwear'

In Fox Nation's "No Interruption," Tomi Lahren sat down with the wife of decorated Navy SEAL Eddie Gallagher to discuss how the lives of her family were turned upside down after her husband was accused of murder, and detailed the months leading up to his trial -- during which he was ultimately found not guilty.

A year after returning from his eighth overseas deployment, Eddie, 40, was preparing to retire from his 19 years of service, when he was accused of stabbing to death a 15-year-old ISIS fighter and posing for photographs with the detainee's corpse.

Andrea Gallagher says that the initial accusations were minor, petty complaints, but they later began to hear chatter that he was being investigated for actions taken in combat.

"He came back onto American soil and we started to hear little whispers, little things that were coming up and they were quite frankly -- laughable. We felt like we were in a 'High School Musical' drama -- they were complaints that were very juvenile."

"These statements were as ludicrous and idiotic as 'you stole a Redbull, you ate my cookie butter one time, you didn't pay me back for a haircut.'" 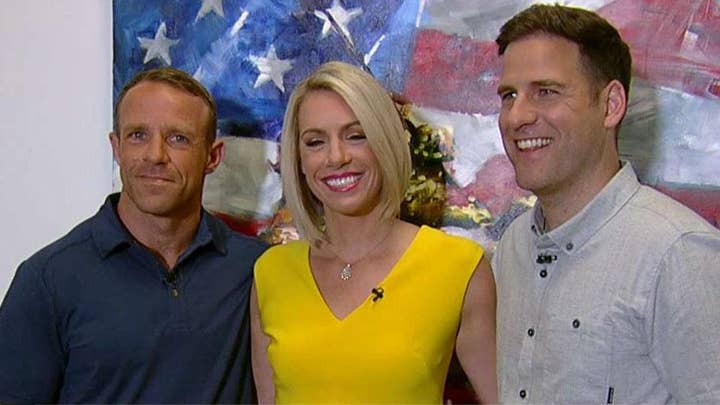 Gallagher's brother also joined the "No Interruption" interview, saying he believed the accusations were a "smear campaign" by other SEAL's looking to take down his brother, who they felt was an "aggressive" leader.

"We understood there was a rumor, kind of smear campaign going on,"  Sean Gallagher said. "You have these people that volunteer a story and [the Naval Criminal Investigative Service] jumps at the opportunity to try to prove a narrative that was baseless and harmless and made on hearsay -- and yet it went forward."

Navy Special Operations Chief Edward Gallagher, left, and his wife, Andrea Gallagher smile after leaving a military court on Naval Base San Diego, Tuesday, July 2, 2019, in San Diego. A military jury acquitted a decorated Navy SEAL of premeditated murder Tuesday in the killing of a wounded Islamic State captive under his care in Iraq in 2017. (AP Photo/Gregory Bull)

Mrs. Gallagher recounted a particularly traumatic incident of the ordeal when her house was raided while she was out -- with her two children asleep inside.

"My son sees men on his porch with assault rifles, and this is what began a seven-hour raid. They pulled them out at gunpoint in their underwear and put them in the street."

"How can this happen," she continued.  "I don't know who had to turn a blind eye, do the wrong thing, think of their career over a man's life, but it happened."

Mrs. Gallagher called the military's handlings of the accusations a "double betrayal."

"We were betrayed by these individuals that were so zealous to execute this horrific act against my husband and take him down. My husband is a hero among the SEAL teams but he's also an amazing husband and father. He's my best friend, I've known him since we were 16,17 years old," she said.

"What is hard for us to believe, is that the attitude from the command that we've served for all those years literally gave my family a grenade and said just walk away."

After learning of the case, President Trump intervened to get Gallagher removed from the brig as he awaited trial to allow him time to prepare for what was to come. Both Mrs. Gallager and her brother-in-law said they believed the president was the right person to fix the "broken system" and that they hoped that their experience will call attention to the mistreatment of military families, an issue which they say happens "extremely often." 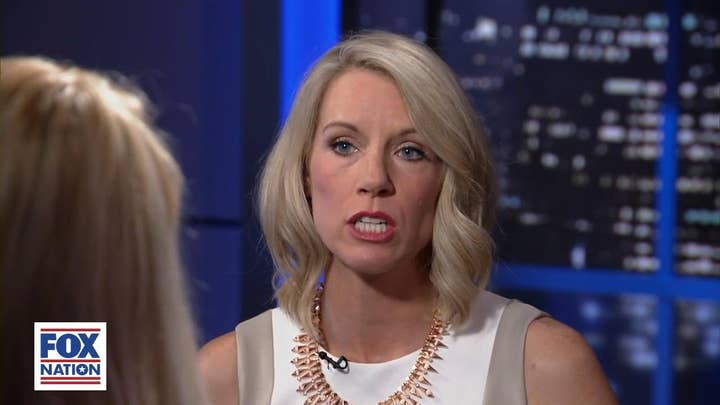 "As unorthodox as he may be, the people elected him because he is unafraid to look at a system like this and to say 'this is wrong, we need to fix it,'" said Mrs. Gallagher.

"All those years, sacrificing my husband, every holiday, every birthday willingly giving our family to the cause to fight the war on terror. This is not something we took lightly. We've committed our entire life, our children's lives and our marriage to the cause and this is what I know. There is a reason that God has called us to be a mouthpiece for the travesties of justice that are currently occurring."

After serving nine months in prison, including time in solitary confinement awaiting trial, Gallagher was found not guilty.

To see the full episode of "No Interruption," hosted by Tomi Lahren, visit Fox Nation and join today.

Fox Nation programs are viewable on-demand and from your mobile device app, but is only available only for Fox Nation subscribers. Go to Fox Nation to start a free trial and watch the extensive library from Tomi Lahren, Pete Hegseth, Abby Hornacek, Laura Ingraham, Greg Gutfeld, Judge Andrew Napolitano and many more of your favorite Fox News personalities.