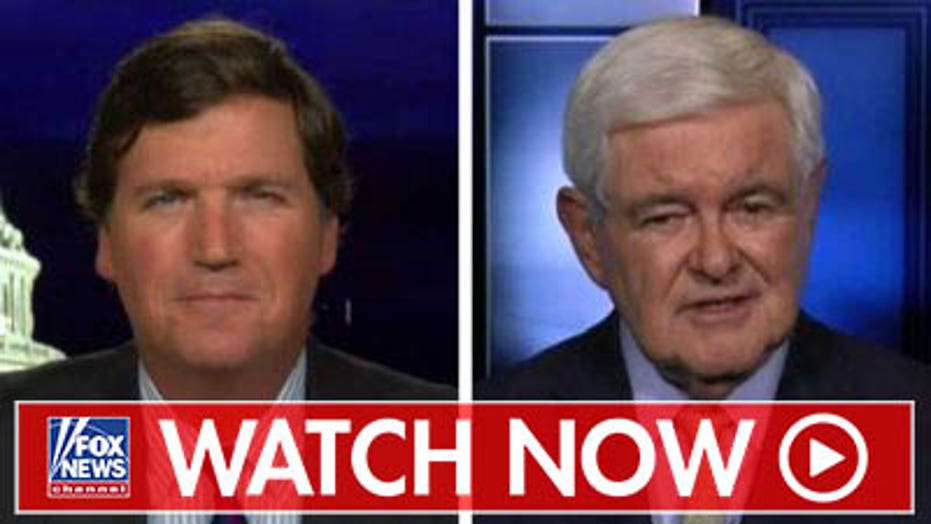 When he and then-Senate Majority Leader Trent Lott, R-Miss., carried out the proceedings against Clinton, they already had a damning independent counsel's report against the Arkansas Democrat, Gingrich said Thursday on "Tucker Carlson Tonight."

"There are huge differences, and from the standpoint of the Democrats, I think this is a really bad decision," he said. 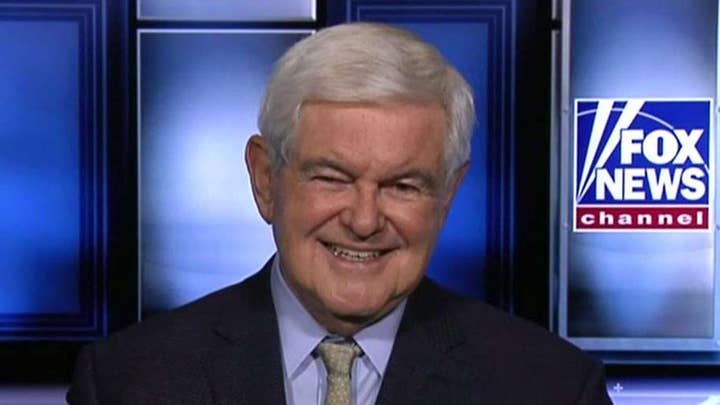 "Given our own experience when we had a much stronger hand and we had an independent counsel report that that said Clinton was guilty on numerous counts including felonies, and what they're doing now makes no sense at all, and, I think probably politically will be very damaging."

He remarked that Pelosi's inquiry, "verges on 'Saturday Night Live' in being pathetic."

Gingrich claimed Democrats wake up every day with a quest to find something awful about President Trump.

"Every single story becomes the next opportunity, the next breakthrough," he said, adding Pelosi is normally a strong-willed but shrewd leader but has "done something truly stupid."

"I think what Pelosi's done is destroy [Joe] Biden's candidacy because she is going to bring so much attention to Hunter Biden and Ukraine... and I don't think Joe Biden can survive it."

After the December 1998 impeachment that failed to see Clinton removed from office, Gingrich stepped down from the speakership after the Republicans had a record low performance in the midterm elections a month prior.

"Pelosi is in worse shape than I'm in," Gingrich said on Thursday.