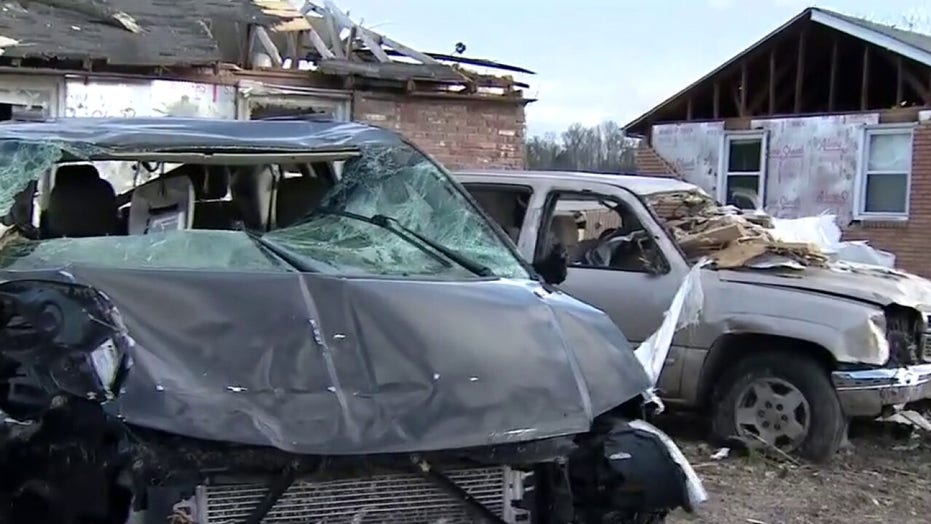 Grady Trimble reports from the scene of a school left in ruins by the deadly storms.

Tennessee residents hope that President Trump will see how communities are coming together in the wake of devastating tornadoes.

In an interview on "Fox & Friends" with Fox News' Grady Trimble, a Nashville man who survived the tornado sheltering inside his home said Friday that he was "shocked and devastated."

However, he told Trimble that he hoped the president will see "how everybody is coming together as a community to get the debris and stuff cleaned up."

"They say they need help and they want him to see the damage here and see how bad it is so they get the much-needed relief," Trimble remarked.

The president is set to visit disaster areas in Middle Tennessee on Friday, just days after the storms ravaged the Volunteer State leaving dozens dead and many more injured.

He will be joined by Tennessee Gov. Bill Lee, Sen. Marsha Blackburn, and other top officials during his trip. The White House has not yet specified exactly where the group will visit, but the president is reportedly expected to land at Nashville International Airport at around 10 a.m. ET. 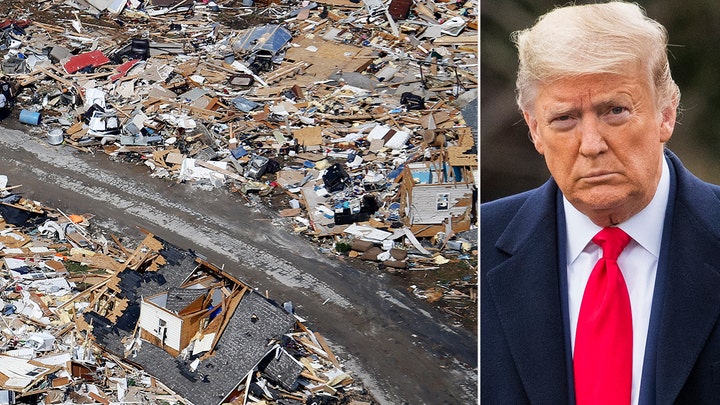 On Thursday Trump approved a disaster declaration, making federal funding available to those affected by the storms in Davidson, Putnam and Wilson counties, the White House said. More assistance may be designated as damage assessments continue.

“Before I begin I want to send my warm wishes to the great people of Tennessee," Trump said at the beginning of his speech at the National Association of Counties Legislative Conference Tuesday. "I'll be going there Friday. Our hearts are full of sorrow for the lives that were lost."

The first tornado began early Tuesday morning, creating over a 50-mile trail of destruction. A second tornado then tore through communities farther east of Nashville, causing most of the deaths.

"It hit so fast, a lot of folks didn't have time to take shelter," Putnam County Mayor Randy Porter said Tuesday. “Many of these folks were sleeping.”

The weather service said that the tornado that hit Putnam was an EF-4 tornado, categorized as extreme between 166 and 200 mph. Local officials said it was on the ground for about two miles.