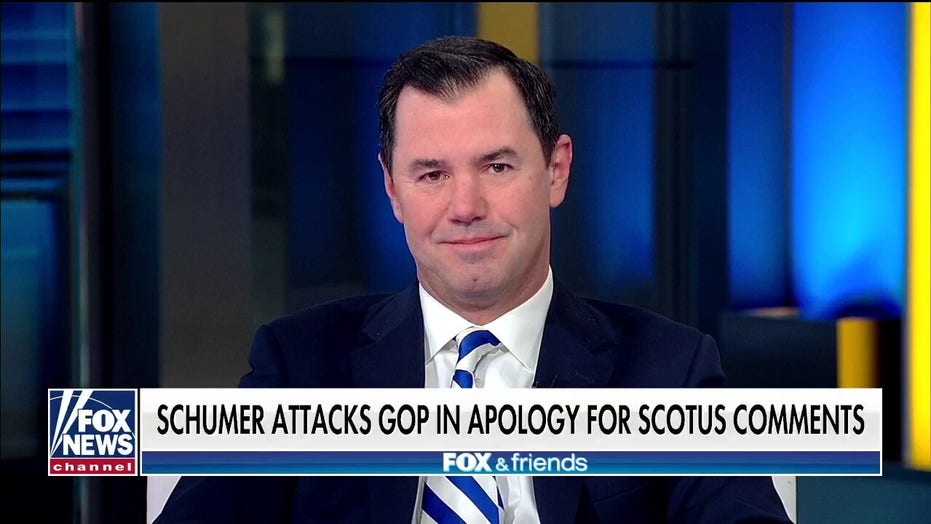 The mainstream media's double standard has been revealed in its coverage of Senate Minority Leader Chuck Schumer's controversial comments about two Supreme Court justices, The Hill's Joe Concha said Friday, explaining that pundits have come up with a new way to describe the president after declaring for years that his administration would soon be brought down.

In an interview on "Fox & Friends" with host Steve Doocy, Concha said that the media's response to threatening comments from the Democratic leader directed at Supreme Court Justices Neil Gorsuch and Brett Kavanaugh -- and an eventual apology and walk back of those comments -- was not as rabid as it would have been if the president or a Trump family member had made those comments.

"Judge Napolitano I think on this show yesterday said that it could be a dog whistle for crazies, right? Because you don't have to say much for people to act as we have seen in this society these days," Concha remarked. "But no, we don't really see the type of the piousness from the media that we would, say, if a Trump said it."

"And all we are seeing now is that the president is now 'emboldened' post-impeachment," Concha continued further. "Emboldened is the new word right now."

"Remember all the terms we have heard for the last couple of months?" he asked. "The walls are closing in. The noose is tightening. The ground is giving way. It's a pivotal moment. It's a watershed moment. It's the beginning of the end."

"Now, 'emboldened' is your new catch-word for President Trump," he concluded.

At the rally hosted by the Center for Reproductive Rights, Schumer noted that the case, June Medical Services LLC v. Russo, is the first "major" abortion case since President Trump's court picks have been on the bench. The dispute, dealing with restrictions over who can perform abortions, involves a Louisiana law similar to one in Texas that the court ruled unconstitutional in 2016, before Trump's appointed justices were on the Supreme Court and before conservatives held a 5-4 majority.

In a rare rebuke, Justice Roberts responded to Schumer, calling his rhetoric "irresponsible" and "dangerous" -- prompting Schumer's office to slam Roberts and accuse him of bias.

However, after President Trump called Schumer out and Republicans demanded an apology from the New York Democrat, Schumer attempted to apologize for his statements, claiming his words didn't come out the right way because of his state of mind at the time. 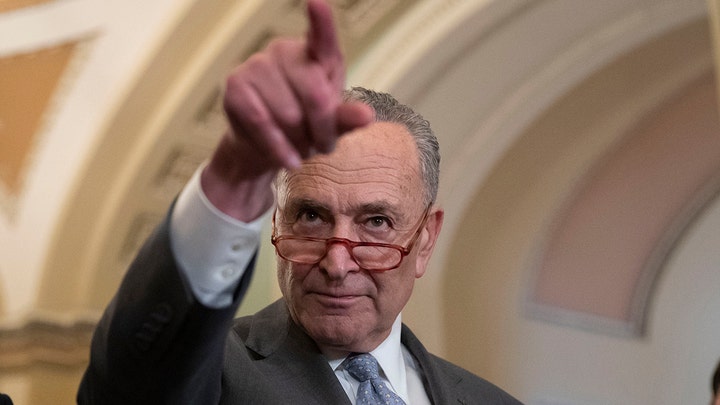 During an exclusive interview with Shannon Bream at "Fox News @ Night," McConnell said that leaders of Congress owe it to the American people to act like adults and not engage in "shenanigans," adding that Schumer's apology wasn't enough and didn't satisfy him and his colleagues.