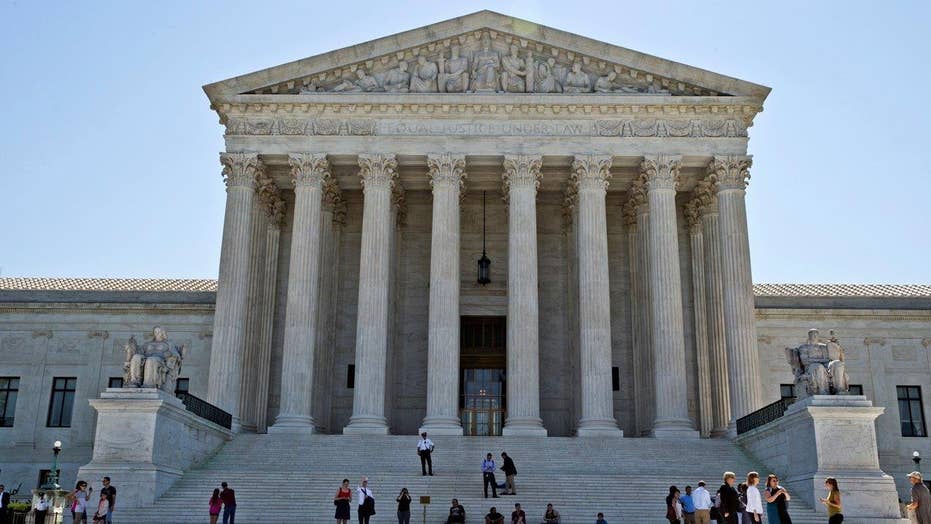 The Supreme Court on Monday struck down a Texas law regulating abortion clinics, delivering a 5-3 decision that was the high court’s first major foray into the abortion issue in nine years.

"We agree with the District Court that the surgical center requirement, like the admitting-privileges requirement, provides few, if any, health benefits for women, poses a substantial obstacle to women seeking abortions, and constitutes an 'undue burden' on their constitutional right to do so," Breyer wrote.

President Obama said in a statement that he was "pleased" with the outcome.

"As the brief filed by the Solicitor General makes clear and as the Court affirmed today, these restrictions harm women's health and place an unconstitutional obstacle in the path of a woman's reproductive freedom," Obama said. "We remain strongly committed to the protection of women's health, including protecting a woman's access to safe, affordable health care and her right to determine her own future."

Presumptive Democratic presidential nominee Hillary Clinton, in a series of Tweets, hailed the decision as "a victory for women" -- but said there's more work to be done.

"This fight isn't over: The next president has to protect women's health. Women won't be 'punished' for exercising their basic rights. -H," Clinton tweeted.

Texas abortion clinics had challenged a 2013 state law and regulations that cut the number of abortion providers in half, to roughly 20. Fewer than 10 would have remained open if the law was allowed to take full effect. The Center for Reproductive Rights had sued Texas, on behalf of a coalition of abortion clinics.

The Texas law required all clinics performing abortions in the state to operate as certified “ambulatory surgical centers,” which would be regulated under the same standards as hospitals. Doctors who performed abortions were also required to first obtain admitting privileges at nearby hospitals. Proponents of the law argued it would improve patient care and safety, though abortion rights groups contended the law made it nearly impossible to operate a clinic in Texas.

"When we decide cases on particularly controversial issues, we should take special care to apply settled procedural rules in a neutral manner," Alito wrote in his dissent. "The Court has not done that here."

Alito also referenced the Kermit Gosnell case, in which an abortion doctor in Pennsylvania was convicted of the murder of three infants who were born alive and the death of a patient. Alito said the Texas law was designed to prevent similarly shoddy medical practices from remaining open.

Thomas quoted the late Justice Antonin Scalia, who died in February, in his dissent.

Thomas wrote that the decision "exemplifies the court's troubling tendency `to bend the rules when any effort to limit abortion, or even to speak in opposition to abortion, is at issue."'

Several dozen activists on both sides of the abortion issue gathered at the Supreme Court early Monday, chanting, holding signs and awaiting the ruling. Some abortion rights activists played Madonna’s song “Like A Virgin.”

Some court watchers pointed to a decision in the case a year ago, when the court gave a temporary 5-4 victory to the clinics, allowing them to remain fully operational while the Texas law was appealed. One of the dissenters, Scalia, has not yet been replaced on the court. Kennedy, typically thought of as swing vote, voted with the four liberal members of the court to issue that order, just as he did in Monday's decision.

The court had last ruled on abortion in a 2007 case, upholding the constitutionality of the Partial-Birth Abortion Ban Act.

With the ruling, the eight-person court avoided yet another split decision after twice tying on Thursday in the aftermath of Scalia’s death. President Obama’s nominee to fill Scalia’s seat, Judge Merrick Garland, waits in limbo as the Republican-controlled Senate has refused to give him a hearing or vote during an election year.

The abortion ruling was one of three high-profile cases decided on Monday, likely the final day of the court’s session before a summer break. Decisions on public corruption and guns were also handed down.

Fox News’ Bill Mears and Shannon Bream and The Associated Press contributed to this report.