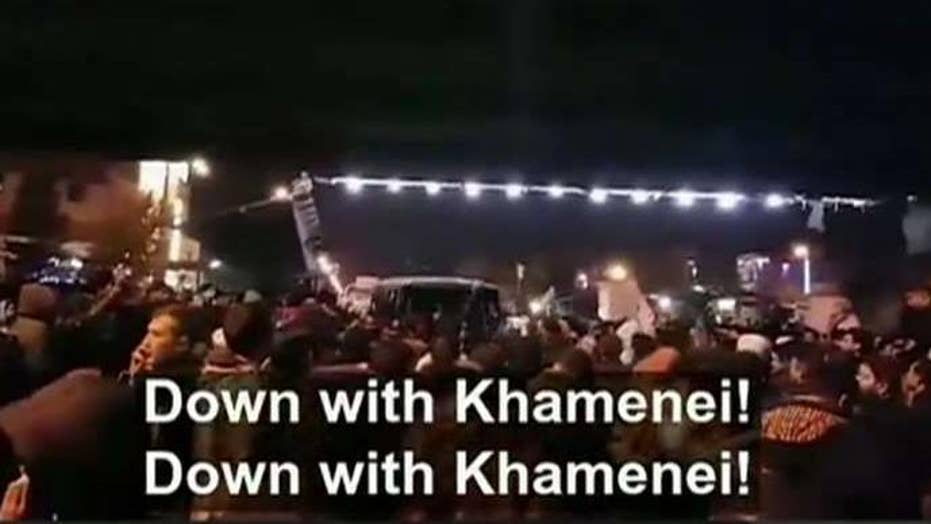 Iranian activist and journalist Masih Alinejad appeared on "The Story with Martha MacCallum" Monday to discuss the unrest in Iran and the hundreds of protesters killed by the government's brutal crackdown, saying the movement opposing Tehran's authoritarian regime could topple the country's theocratic regime.

"This time is totally different. People became their own leader. They took to the street. They risked their lives. And they had the message, which you hear through the videos," Alinejad said after MacCallum showed clips of the unrest. "That is actually why the government shut down the Internet. Why? Because they didn't want the rest of the world to hear the message."

Human rights group Amnesty International said Monday that at least 208 people in Iran have been killed amid protests over sharply rising gasoline prices and a subsequent crackdown by security forces. The Associated Press reported that the governor of a Tehran suburb that saw demonstrations openly acknowledged in a video interview with the state-owned IRAN newspaper that she ordered police to shoot protesters if they stormed her offices.

Iran has yet to release any nationwide statistics over the unrest that gripped the Islamic Republic beginning Nov. 15, when the government announced that the minimum prices for subsidized gasoline would increase by 50 percent. State-run media did not acknowledge the Amnesty report and Iran’s mission to the U.N. did not immediately respond to a request for comment.

The activist also described the protest scenes in Iran, saying a 27-year-old protester was filming one demonstration when he was shot in the head in front of his mother. Alinejad also became emotional as MacCallum played a video of her brother telling her to continue highlighting the protest movement in Iran.

Iranian Supreme Leader Ayatollah Ali Khamenei and other Iranian leaders have blamed the United States for the protests, something Alinejad disputed.

"Why don't we hear any single slogan against America in the streets of Iran and across Iran?" Alinejad said. "So that is why I have to say that people are suffering from corruption. People actually are witnessing that."

Alinejad also spoke of the importance of the Internet and social media access to Iranians and blasted the regime as "criminals."

"We want to find a legal way to bring the Islamic Republic to justice," Alinejad said.