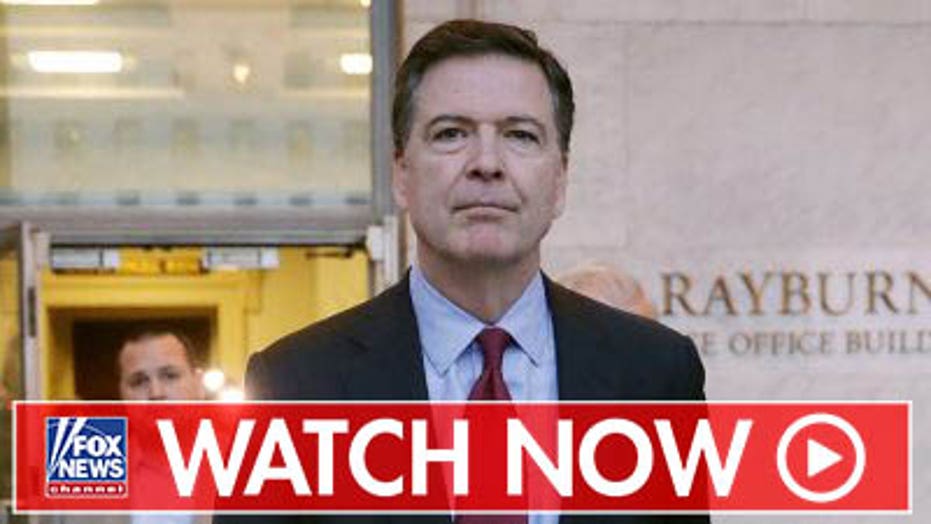 "What I want people to understand is that this sanctimonious person, this person who almost brought down Hillary Clinton -- and I think really did a job on her candidacy and should be loathed by the Democrats as much as he is loathed by the Republicans -- he and a small cabal of people at the FBI attempted a coup," Rivera claimed Friday on "Fox & Friends."

"I know that's an incendiary word."

"He attempted to cripple the president-elect and the president of the United States, and ultimately his goal was to replace the president via the 25th Amendment -- this is the biggest stuff --- when you talk about history books that's what this was really all about," he said.

"This was the swamp responding to an elected official who is obviously untraditional -- and going after him in a way that they wanted to... get him out of office and be replaced by Vice President Pence or whomsoever."

The 25th Amendment, adopted in the wake of President John F. Kennedy's assassination, determines the transfer of presidential duties when a commander-in-chief is deemed incapacitated.

Section 4 of the amendment allows for the vice president and a "majority" of cabinet officers or another congressionally-sanctioned group to inform the Congress the president is unable to carry on his duties. A vote of two-thirds of both houses would then devolve the duties to the vice president.

After Trump fired Comey, the dismissed director's then-deputy Andrew McCabe claimed there were discussions held between officials to consider invoking the 25th Amendment.

Sen. Elizabeth Warren, D-Mass., suggested the measure be taken during a campaign event in 2017 and earlier this week, former White House communications director turned Trump critic Anthony Scaramucci called on aides to consider removing the president by the same method.