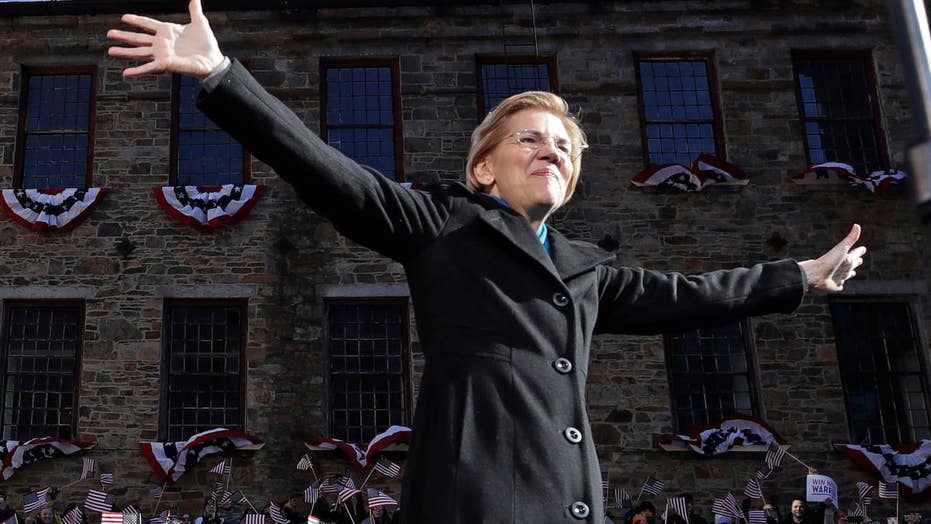 Is Sen. Elizabeth Warren too progressive for moderate Democrats?

2020 presidential hopeful Sen. Elizabeth Warren, reacting to revived allegations that administration officials discussed invoking the 25th Amendment to remove President Trump from office in 2017, proclaimed that members of his Cabinet would have a “constitutional responsibility” to do so if they believe he can’t perform his duties.

“My point here is that if they believe that Donald Trump cannot fulfill the obligations of his office, then they have a constitutional responsibility to invoke the 25th Amendment,” Sen. Warren, D-Mass., said Sunday after a rally in Las Vegas, according to The Nevada Independent. “Their loyalty under law is not to him personally. It is to the Constitution of the United States and to the people of [the] United States.”

The possibility of using the 25th Amendment to remove Trump was stirred up last week by former FBI Deputy Director Andrew McCabe who, in promoting his new book, described to CBS News the Justice Department meetings where officials allegedly discussed the option after the firing of then-FBI Director James Comey in 2017.

His spokeswoman later claimed that his comments were taken out of context, and that he was not aware of any “extended” discussions about the 25th Amendment.

The comments, though, have revived interest among Trump's critics in the extraordinary process.

Former President George W. Bush’s chief ethics attorney Richard Painter on Monday said Trump is “not well at all mentally” and needed to be removed.

ELIZABETH WARREN HECKLED AT GEORGIA CAMPAIGN STOP: 'WHY DID YOU LIE?'

“He is not capable of doing the job. He does need to be removed under the 25th amendment, but he stocked his cabinet with people who are unwilling to do that, and Congress is apparently unwilling to even try to remove him through impeachment,” he said on MSNBC.

Warren, who has sparred with Trump repeatedly for years, has suggested Trump be ousted before. In September, she reacted to an anonymous op-ed from an administration official that detailed an alleged effort by those in the administration to thwart  Trump’s “misguided impulses.”