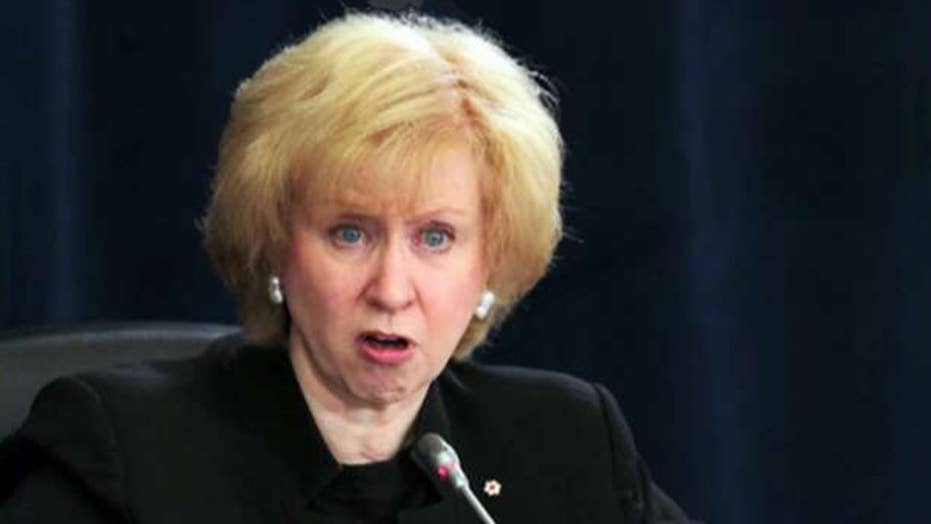 Kim Campbell says she was being sarcastic and should have known better than to tweet that she hoped Hurricane Dorian would hit President Trump's Mar-a-Lago resort.

"I have deleted my tweet about the hurricane & Mar a Lago and sincerely apologize to all it offended. It was intended as sarcasm-not a serious wish of harm," Campbell tweeted. "Throwaway lines get a life of their own on Twitter. I shd [sic] know better. Mea culpa."

A day earlier, Campbell tweeted: "I'm rooting for a direct hit on Mar a Lago!"

Before apologizing, Campbell initially responded to criticism by telling her critics she was sorry they didn't understand "snark."

"As there are in Puerto Rico- sorry you don’t get snark- but Trump’s indifference to suffering is intolerable!" Campbell previously said in response to a user who told her that "there are real people who live and work" at the resort.

"We'd also help if he tackled climate change which is making hurricanes more destructive! Instead, he will remove limits on methane! Get a grip!" she added.

Campbell wasn't the only one to criticize the president as Dorian approached the United States. Democrats railed against Trump even before the storm makes landfall over the state -- accusing him of playing racial politics and blasting his decision to redirect funding from the nation's primary disaster relief agency toward border enforcement operations.