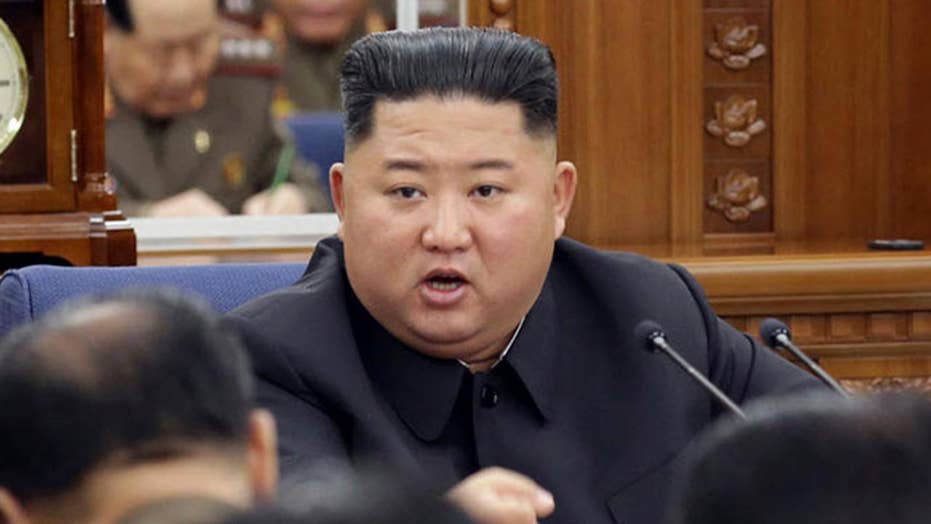 US on high alert over North Korea Christmas missile threat

"He's right in the fact that there is more that can be done," Keane said of Bolton during an appearance Monday night on "The Story" with Martha MacCallum. "Russia and China, even though they voted for the [United Nations] resolutions three times, have never abided by them. ... We've got to sanction China, sanction their banks ... the firms involved. The Russians, we can stop them, we can stop them cold and we should be doing that."

Earlier this month, the North Korean foreign ministry warned that Washington would decide what “Christmas gift” it would receive from Pyongyang if the United States failed to change its “hostile policies” on denuclearization before the end of the year, according to the state-run Korean Central News Agency.

Ri Thae Song, North Korea’s vice minister of foreign affairs, in charge of relations with the United States, warned of the approaching end-of-year deadline, saying that President Trump’s recent calls for more talks were “nothing but a foolish trick hatched to keep the DPRK [Democratic People's Republic of Korea] bound to dialogue and use it in favor of the political situation and election in the U.S.,” Reuters reported.

A significant launch or nuclear test would mark the end of North Korea's self-imposed moratorium on missile launches and tests. It would also be a major blow to one of President Trump’s major foreign policy goals: to get North Korea back to the negotiating table to eliminate its nuclear weapons.

Keane, a retired four-star general and chairman of the Institute for the Study of War, shared his predictions for the so-called "Christmas gift" and warned of a possible response from the United States.

"I think he's [Kim Jong Un] probably going to fire off a long-range missile of some description," Keane predicted. "If he fires off an ICBM [intercontinental ballistic missle] that's considerably more threatening to the United States because the last one he fired off in 2017, in theory, could have reached Washington, D.C. That's a real threat and we will have to respond to that. ... I believe he's going to do something."

In 2017, North Korea conducted a torrent of missile tests and threatened to fire those weapons toward the U.S. territory of Guam. It also tested three developmental ICBMs, including the Hwasong-15, that demonstrated the potential of reaching deep into the U.S. mainland.

North Korea’s missile tests in 2017 triggered a sharp U.S. reaction. Trump vowed he would bring "fire and fury" to North Korea and exchanged threats of total destruction with its leader. Kim subsequently suspended ICBM and nuclear tests, allowing Trump to tout the move as a foreign policy win.

"I think he's [Kim] gaming us," Keane countered. "In terms of denuclearization, which he's agreed to, he's provided no plans, no timetable, no inventory of the weapon systems and the U.S. changes its negotiation policy and ... they walked away."

"I think there's a realization settling in with the Trump administration that there was always skepticism about North Korea," Keane said, adding, "I think there's much more skepticism now in terms of the rhetoric surrounding denuclearization."