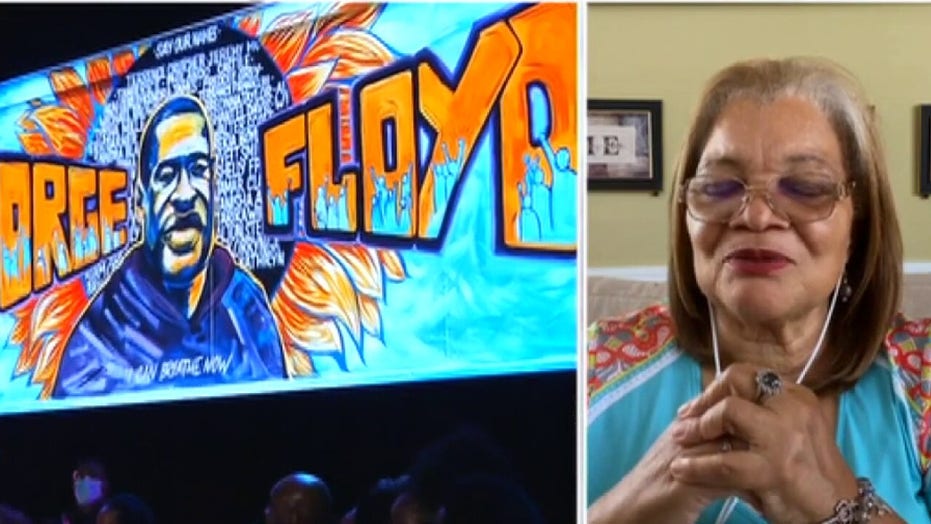 Dr. Alveda King, the niece of civil rights icon Dr. Martin Luther King Jr., sent an emotional message of hope and healing to the family of George Floyd Thursday following the first of many services set to be held around the country in his memory.

"It is very terrible to lose a family member to violence, to have to grieve publicly," King told "Your World" host Neil Cavuto.

"I was born in 1951," King said. "When I was 17 years old, my uncle, Martin Luther King Jr., was shot to death. And I sat there in the rows [of pews] with my family, publicly grieving, bewildered.

"We are not colorblind. We can see each other. We can see the pain, and prayerfully, we will see the victory together as one race."

"And then the next year, his brother, my father [Alfred Daniel Williams King] was killed, strangled and choked and beaten and thrown into a pool with no water in his lungs," Alveda King continued. "Again in the same church, again on those same rows, again grieving ... and then my grandmother [Alberta Williams King] was shot in the church in 1974 before I was 23. And so I want to speak ... a moment to the family."

King commended George Floyd's brother, Terrence, for calling for nonviolent protest, which she said reminded her of her grandfather's public pleas for peace during the 1968 riots following the civil rights leader's assassination.

"What his [Floyd's ] brother has done was what the members of my family did," King recalled. "Granddaddy King [Martin Luther King Sr.] said, 'Thank God for what we have left.'

"They encouraged us not to riot, not to fight, to love and forgive," she added before acknowledging that "that is very hard to do when all of this injustice occurs."

King then discussed a now-viral video posted by former NBA player and longtime Floyd friend Stephen Jackson in which Jackson carries Floyd's six-year-old daughter Gianna on his shoulders while she proclaims: “Daddy changed the world!”

"Yes, he did," King said, "and we have to remember that. We must peacefully resolve these issues. We are one race, one blood. We are not separate races. We have to live that way.

"We are not color-blind. We can see each other," King concluded. "We can see the pain, and prayerfully, we will see the victory together as one race. Learning to live together as brothers and sisters, and not perishing together as fools."