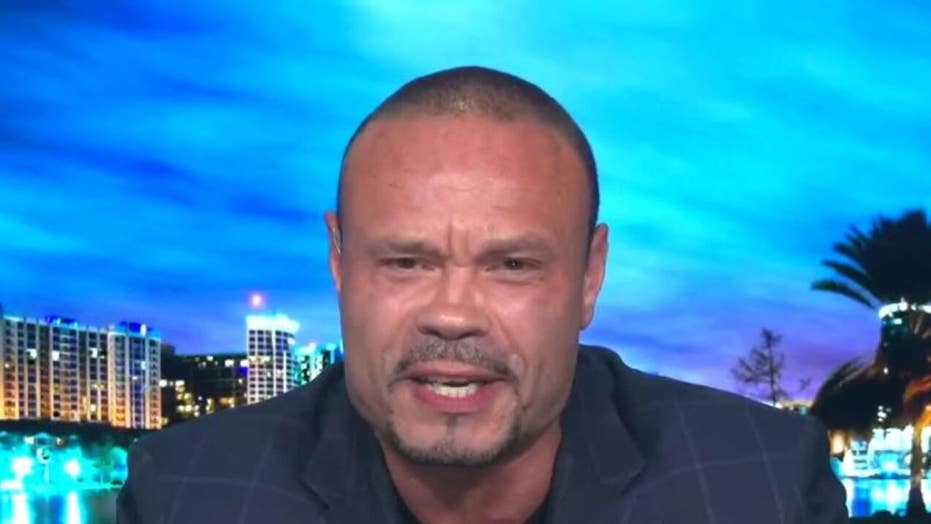 Bongino blasts DA over murder charge in Brooks shooting: 'What they did was outrageous'

In an interview on the "Brian Kilmeade Show"  with host Brian Kilmeade, Bongino accused District Attorney Paul Howard Jr. of having "significant problems of his own."

"You know, ethics investigations, serious allegations there. Now, that's entirely relevant to what happened in this case. This was a man who had to be elected who couldn't even win his own election in a run-off. He got 41 percent of the vote," Bongino stated. "[This] obviously begs the question: was this politically motivated? I mean, Brian, is this not fair game?"

Brooks, a father of four, was shot and killed almost a week ago outside a Wendy’s restaurant where he’d apparently fallen asleep in his car in the drive-thru lane. He allegedly failed a field sobriety test -- and ultimately was seen wrestling with the officers and running with one of their Tasers leading up to the shooting.

In a Tuesday news conference, Howard explained that investigators had reviewed at least eight videos of the incident, including police body and dashcam images as well as Wendy's surveillance footage and cellphone recordings taken by witnesses at the scene.

This screen grab taken from body camera video provided by the Atlanta Police Department shows Rayshard Brooks speaking with Officer Garrett Rolfe in the parking lot of a Wendy's restaurant, late Friday, June 12, 2020, in Atlanta. Rolfe has been fired following the fatal shooting of Brooks and a second officer has been placed on administrative duty. (Atlanta Police Department via AP)

Eleven charges were brought against former Atlanta police officer Garrett Rolfe, 27, including a felony murder charge -- which could potentially lead to the death penalty.

In a statement, lawyers for Rolfe argued that their client used permissible force under the circumstances.

A second officer involved, Devin Brosnan -- whose attorneys said had suffered a concussion when Brooks knocked him to the ground -- is facing three charges, including aggravated assault. According to Howard, Brosnan had agreed to give a statement against Rolfe and become a "state's witness" -- but Brosnan's attorneys later disputed that claim.

Just before 5:30 p.m. Wednesday, the Georgia Bureau of Investigation revealed via Twitter they were never consulted on the charges filed by the DA. In a Facebook post later in the day, they wrote that they were still in the process of conducting an impartial investigation and "have not completed [their] work."

"So, now you're telling me if you're a police officer and you're engaged in a use of force incident in the course of your job...that results in the death of a subject that before an investigation's even concluded and, might I add has barely started, that you are subject to imprisonment without bail and charges that could result in the death penalty?" he asked.

"This was outrageous. An overcharge. I mean this guy should resign tomorrow, Paul Howard," he concluded. "This was a disgrace."