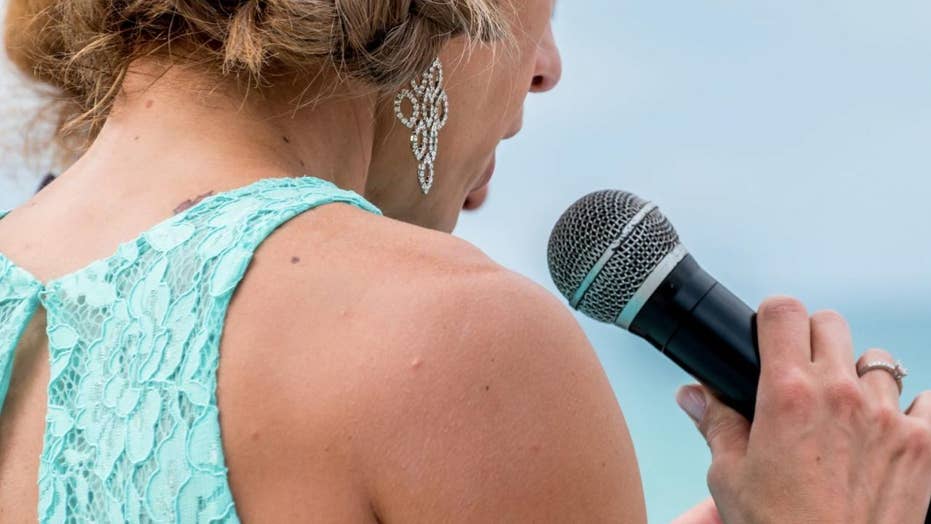 Bride bashes sister for making wedding speech ‘all about her’

A bride on Reddit asks for approval after she kicks her maid of honor, who also happened to be her sister, out of her wedding ceremony after she delivered an ‘inappropriate’ speech.

A new bride is being slammed on Reddit for claiming she asked the maid of honor – who happened to be her sister – to leave the wedding ceremony after delivering an “inappropriate” speech.

The woman, who did not identify herself and posted the story via a “throwaway” Reddit account, claims the "entire speech" her sister made “was about her” and her battle with depression, ultimately tying it to a story about the groom helping her through the ordeal.

“During her speech, she brought up her depression and how my husband supported her through it and how 'in that moment, I knew he was the one for [my sister],'" the bride complained on Reddit.

“I thought her speech was really selfish,” the Redditor added. “I think it’s super inappropriate to bring up a mental illness during a wedding speech. Not only that, but the entire speech was about her. At MY wedding. [Ninety percent] of the guests congratulated her afterwards and talked about how ‘strong’ she was.

“Nobody was paying attention to me, at my own wedding!” she added.

The woman then claimed she asked her own sister to leave the reception, which she did “without arguing,” but now her husband and her friends are saying she was being much too harsh.

She also claimed her own parents agreed with her actions, though she still sought validation from Reddit, asking them if she was being “the a—h---“ in the situation.

“Nobody was paying attention to me, at my own wedding!” the bride wrote. (iStock)

Likely to her surprise, many of the respondents felt she was in the wrong.

“You kicked your sister out for bringing the focus to herself because it was your wedding? Weddings are about bringing people together, not about you being a celebrity for a day,” wrote one.

"’Nobody was paying attention to me!’ Never has one sentence defined my resentment for weddings and wedding culture so perfectly,” another added.

“Her speech was done. What was the point of throwing your maid of honor out at that point?” another asked.

“Sounds like a terrible bridezilla,” one user summed up.

Several other commenters also agreed that maybe it wasn’t the best idea for the maid of honor to bring up her condition during the speech, though

“She shouldn’t have done that, but you also could have handled it way better and tried to talk to her about it afterwards,” one person wrote. “Instead you just kicked her out? Your own sister? Harsh.”

“Yes, it was your day,” another added. “The speech was in poor taste. But kicking your maid of honor out of your wedding reception because you want more attention is extreme.”

“All [the bride] did was amplify the situation and make it more noticeable,” someone else wrote.

The bride, who shared her story earlier this week, has yet to respond publicly on the thread.