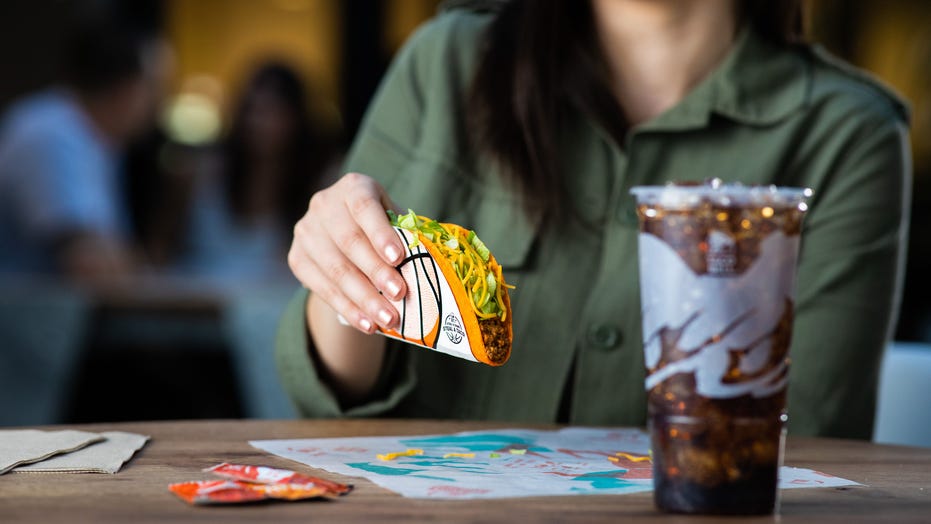 Today's the day: Taco Bell is ready to make good on its "Steal a Game, Steal a Taco" promotion.

The fast-food chain will be giving away free Doritos Locos Tacos at restaurants in both the U.S. and Canada between 2 p.m. and 6 p.m. on June 18, all because the Golden State Warriors won an away game during the NBA Finals.

"While the Golden State Warriors didn’t win the championship, they still 'stole' Game 2 of the 2019 NBA Finals by beating the Toronto Raptors on their home court, triggering Taco Bell’s 'Steal a Game, Steal a Taco' promotion and winning fans across America free tacos," the company wrote in a press release.

Taco Bell first announced the contest on May 22, promising free tacos in the event that either team win a game on the other team's home court. (The chain has held this promotion in the past, both for the NBA Finals and also the World Series, when the promotion was known as "Steal a Base, Steal a Taco.")

This year, however, is the first year Canadian Taco Bell fans can get their hands on a free taco, all thanks to the Toronto Raptors making it to the Finals.

"For the fourth year in a row, everyone in America has the chance to win a free Taco Bell taco once the road team ‘steals’ a win from the home team," Taco Bell confirmed in a press release shared with Fox News in May. "And not just any taco. ‘Steal A Game, Steal A Taco’ and the NBA Finals wouldn’t be the same without the return of the one true G.O.A.T. (AKA the Greatest of All Tacos) that has been a darling in the hearts and taste buds of fans for close to a decade, the Doritos Locos Taco."

“We're excited to partner with the league for the NBA Finals once again, allowing sports and taco fans nationwide to unite over one thing: rooting for tacos,” Taco Bell declared in a May press release ahead of the promotion. (Taco Bell)

“We're excited to partner with the league for the NBA Finals once again, allowing sports and taco fans nationwide to unite over one thing: rooting for tacos,” added Marisa Thalberg, Global Chief Brand Officer at Taco Bell Corp.

Fans who can't make it to a Taco Bell in person can also redeem their free tacos online — or with the Taco Bell app — all day long. More information is available at Taco Bell's website.