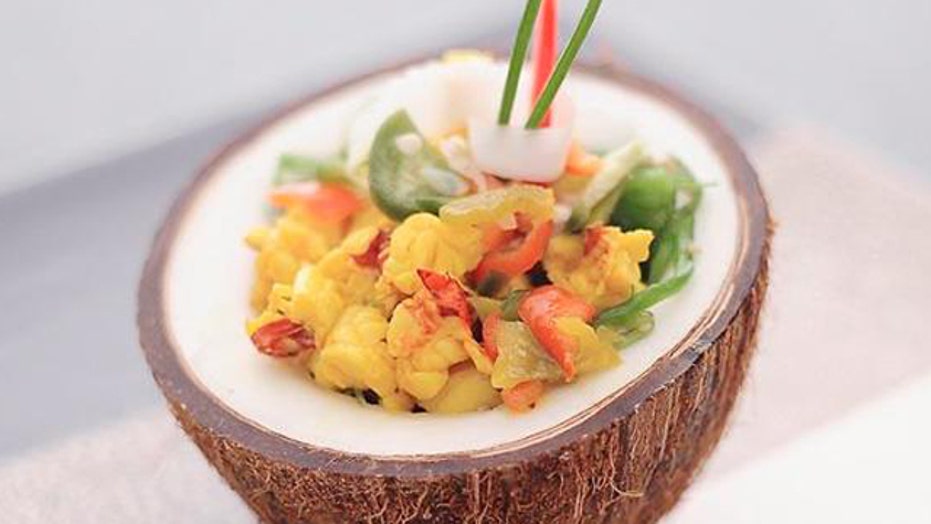 Memorial Day weekend kicks off the first of many summer time gatherings with friends and family, so why not spice up your barbecue with a little samba.

SushiSamba, a restaurant chain with locations in New York City, Las Vegas, Miami Beach, Chicago and London, is known for its exotic combination of Japanese, Brazilian and Peruvian cuisine.

SushiSamba executive chef Pedro Duarte says it's easy to recreate the exotic flavors of Latin American at home when you're entertaining Memorial Day guests this weekend. He suggests to keep it simple with an easy-to-make, traditional Peruvian dish, seviche, prepared with a tropical twist.

“You can cut everything a few hours earlier and two hours prior to your guests coming to you.  You can have it already mixed and then just put it in the glasses, in a bowl ready to go. Keep it in the refrigerator,” said Duarte.

“Seviche de Mariscos is basically just shell fish and for mariscos we’re going to boil first.  We are going to boil about four or five minutes depending on the shrimp and the size of it.  You have jumbo lump crabmeat and lobster.”

Lobster is an expensive treat so an inexpensive substitute would be shrimp.  After the shellfish is mixed together, you should add kosher salt then ample amounts of lime juice but be sure to add only the juice and not the rinds of the lime.  Otherwise there will be too much bitterness, according to Duarte.

One tip when preparing the sauce, which is made from pure coconut milk: do not to shake the can because coconut milk separates and will become diluted.

Of course, no summertime party is complete without a great signature cocktail. Try making a Pisco Sour, another Peruvian tradition.

“Pisco is actually a drink from Peru. It’s a special distilled wine that comes from the region of Pisco," said Duarte.

The key to making a great Pisco Sour is are the egg whites which give it its texture.

Add some fresh squeezed lime juice, ice and pour into a chilled glass. The Pisco Sour goes down cold on a hot summer day --and is a very simple way to jump start your holiday weekend.

Check out these dishes and other dishes on  SushiSamba's special summer menu.