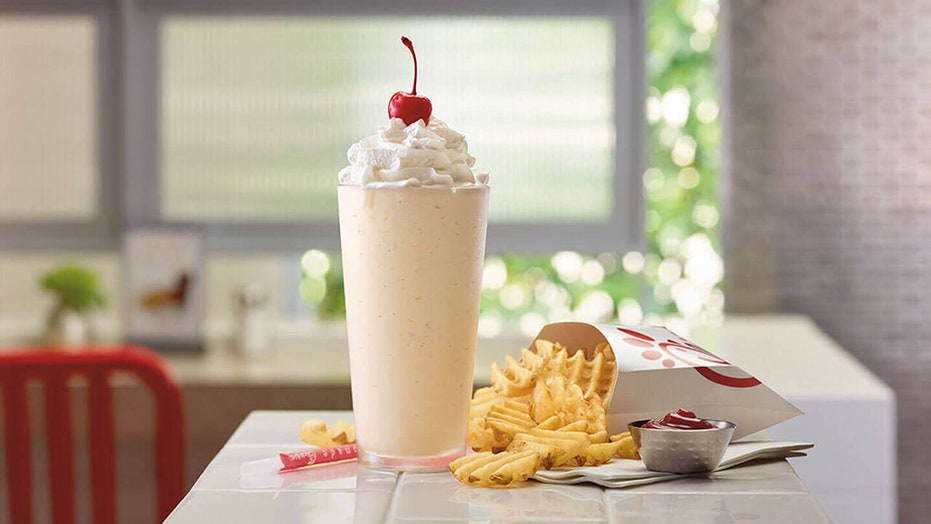 Stone fruit season is here — and with it comes the return of a highly anticipated Chick-fil-A menu item: the Peach Milkshake.

TACO BELL IS OPENING A TACO-THEMED HOTEL AND RESORT

The creamy and fruity dessert, made with the chain’s signature vanilla Icedream base and peak-of-the-season peaches, will make its seasonal debut starting May 27 on menus nationwide.

The creamy and fruity dessert, made with the chain’s signature vanilla Icedream base and peak-of-the-season peaches, will make its seasonal debut starting May 27. (Chick-fil-A)

According to Chick-fil-A’s Chicken Wire blog, the popular drink is mostly ordered during summer months June and July, but will stick around until the end of August.

Though the fan-favorite isn’t returning until the end of May, those on Twitter have already started marking their calendars.

The return of the summery beverage is not the only change Chick-fil-A has announced about its menu.

The chicken chain revealed it is considering adding plant-based items alongside its famous chicken offerings.

Amanda Norris, the executive director of Chik-fil-A’s menu, told Business Insider that “a vegetarian option or a vegan option is something we're looking at, we're thinking about, and have some research and development."